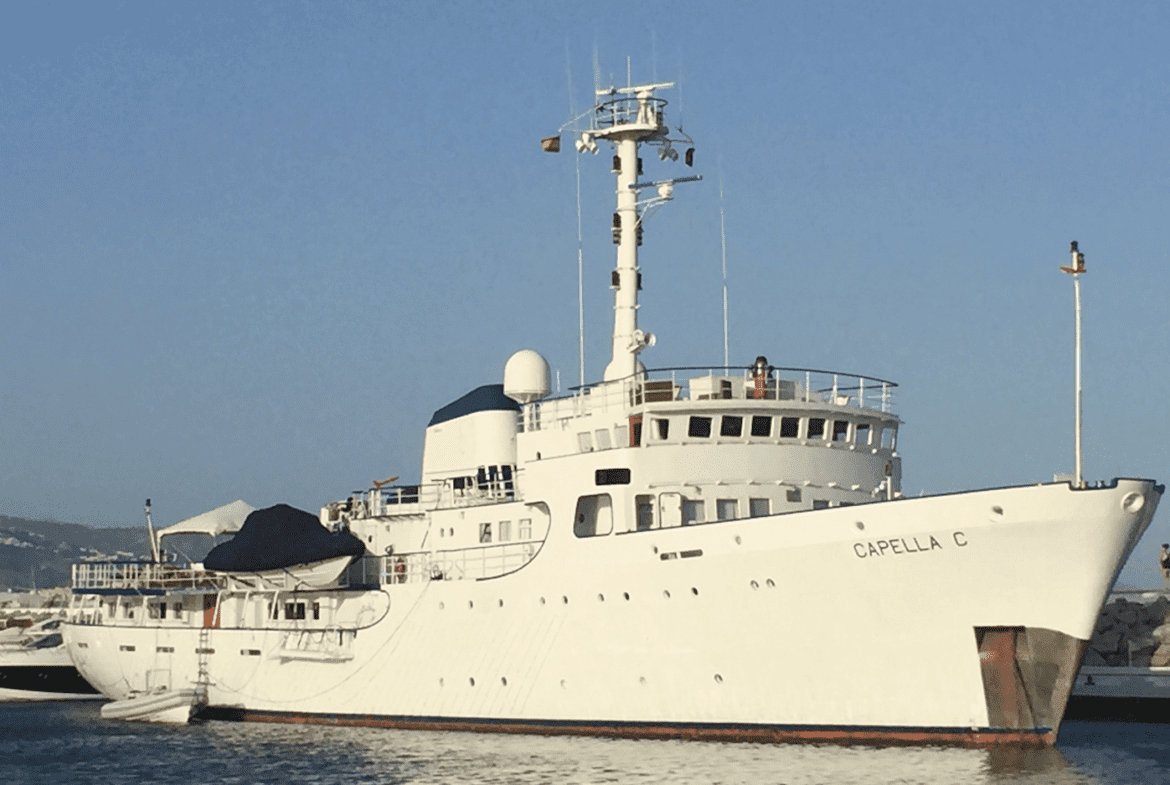 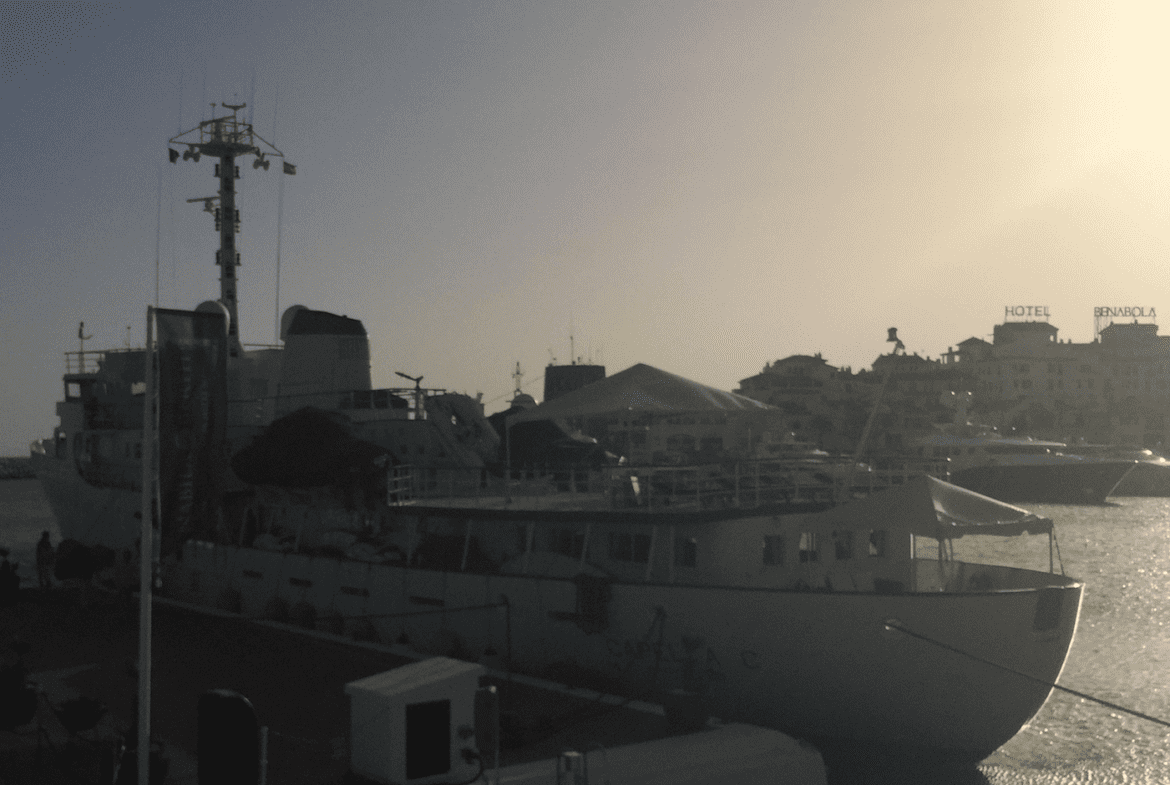 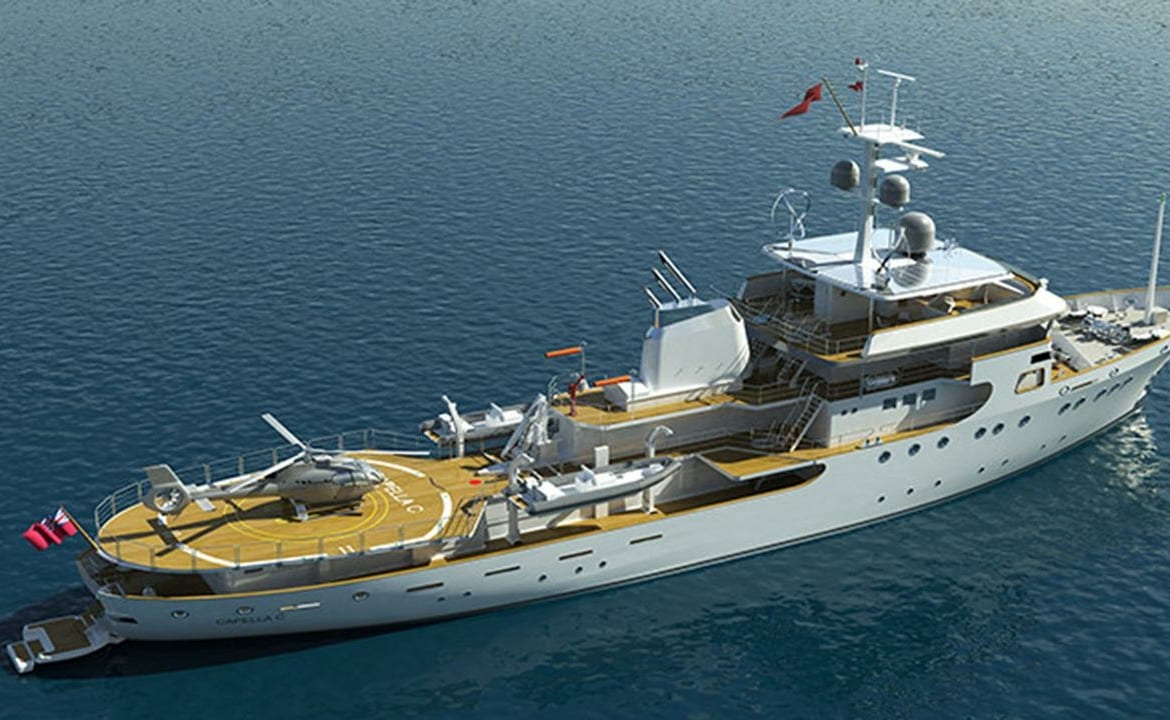 60’s classic Capella C gets new explorer look from ER Yacht Design
14 January 2016 by Simon Hardie
ER Yacht Design has revealed the redesign of 59 metre classic superyacht Capella C for a London based client. The design company, founded by renowned yacht designer Ivan Erdevicki, has come up with a design that will turn the 60’s classic yacht into a functional explorer yacht capable of cruising to the remotest parts of the world.

Capella C was originally built in 1968 as a pilot vessel by the Scheepsbouwwerf Gebroeders Pot yard in the Netherlands. In 1985 she was converted into a luxury yacht and in 2008 underwent a refit. This latest design marks another change for Capella C.

The 193.57ft Conversion expedition motor yacht ‘Capella C’ was built by Scheepsbouwwerf Gebr in Netherlands, she was delivered to her owner in 1968 and last refitted in 2008. Previously named Capella,

Accommodation
Capella C’s interior configuration has been designed to comfortably accommodate up to 22 guests overnight in 12 cabins, comprising a master suite, She is also capable of carrying up to 17 crew onboard to ensure a relaxed luxury yacht experience.

Performance
Powered by 3 Deutz (BF8M1015MC) 599hp diesel-electric engines and propelled by her single screw propeller Motor yacht Capella C is capable of a top speed of 13 knots, and comfortably cruises at 11 knots. With her 100,000 fuel tanks she has a maximum range of 4,500 nautical miles at 11 knots. Her water tanks store around 85,000 litres of fresh water. 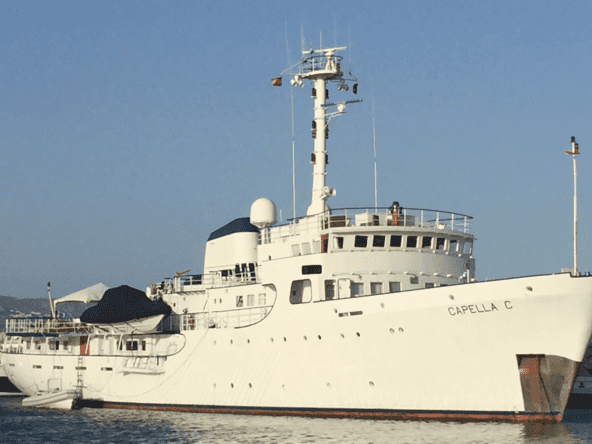 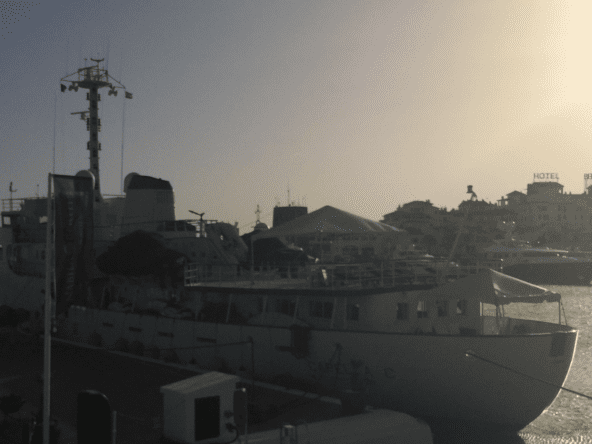 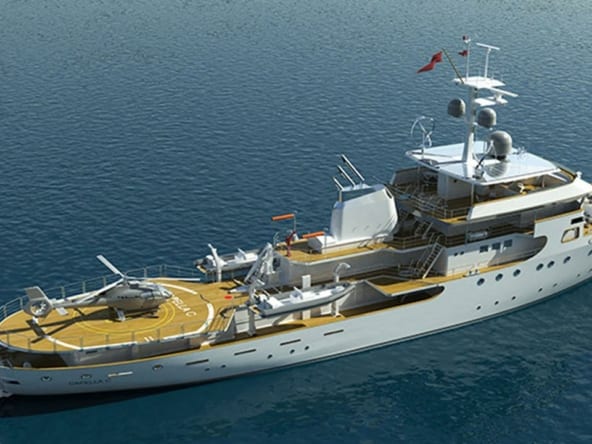 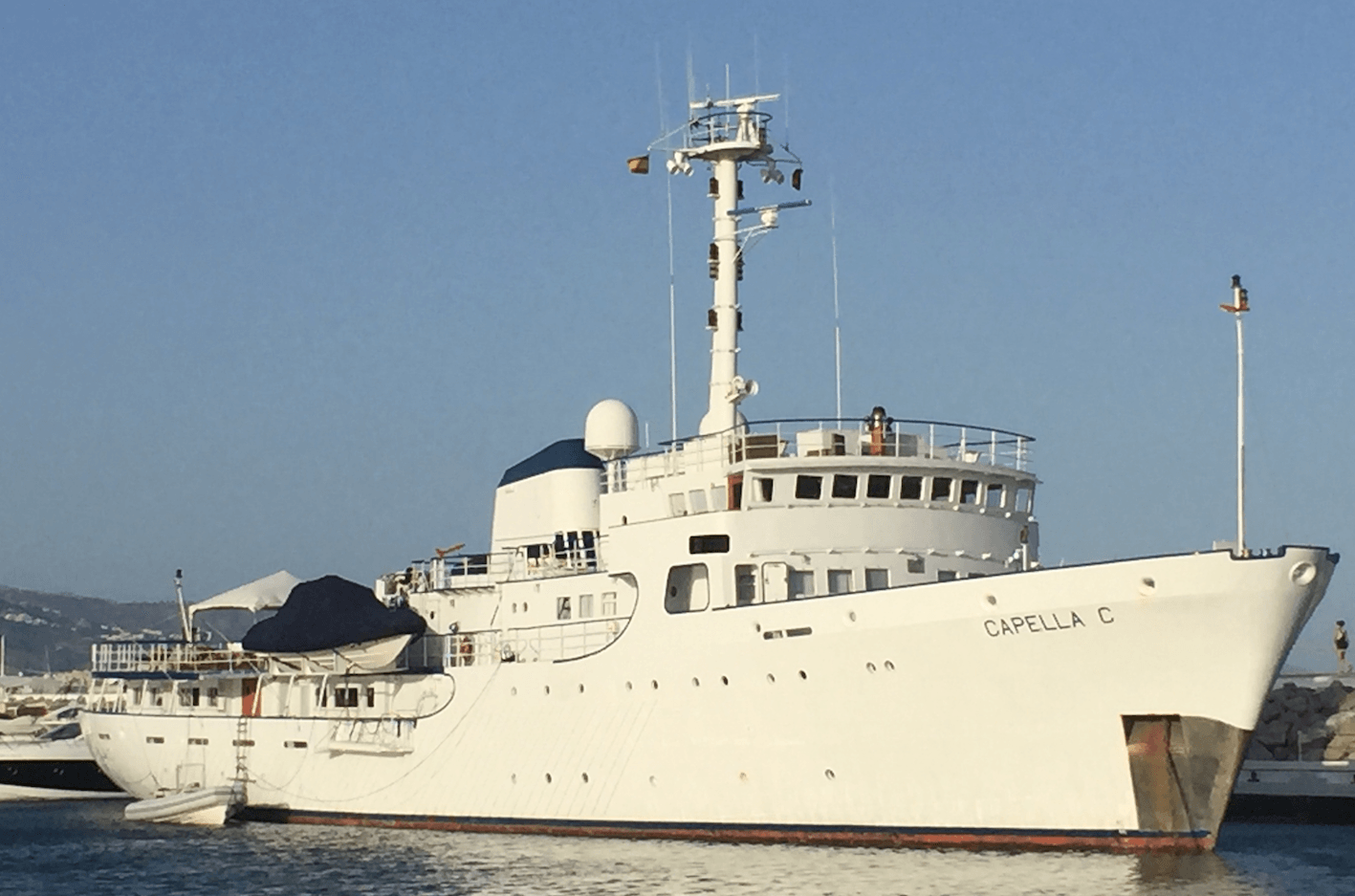 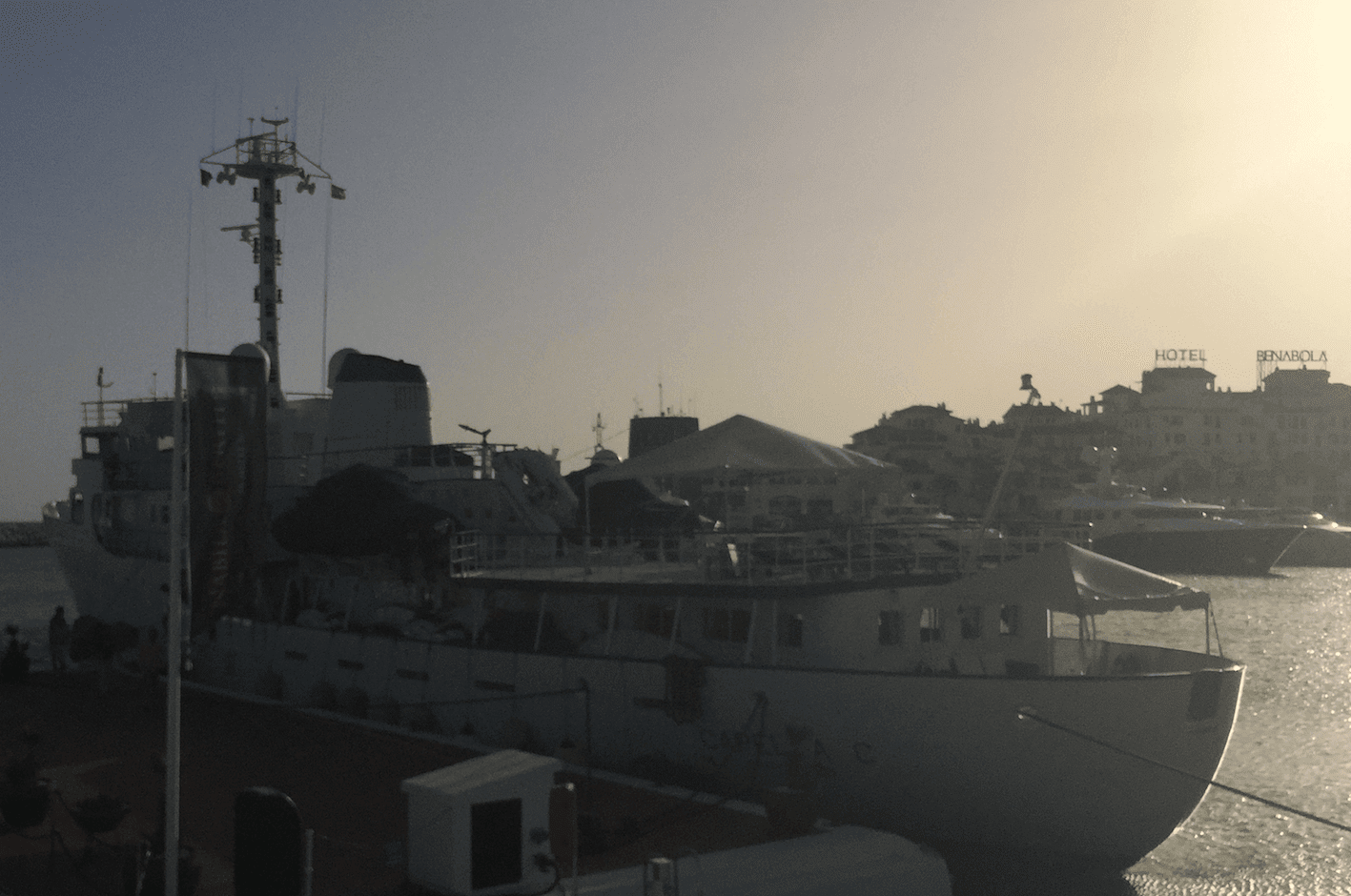 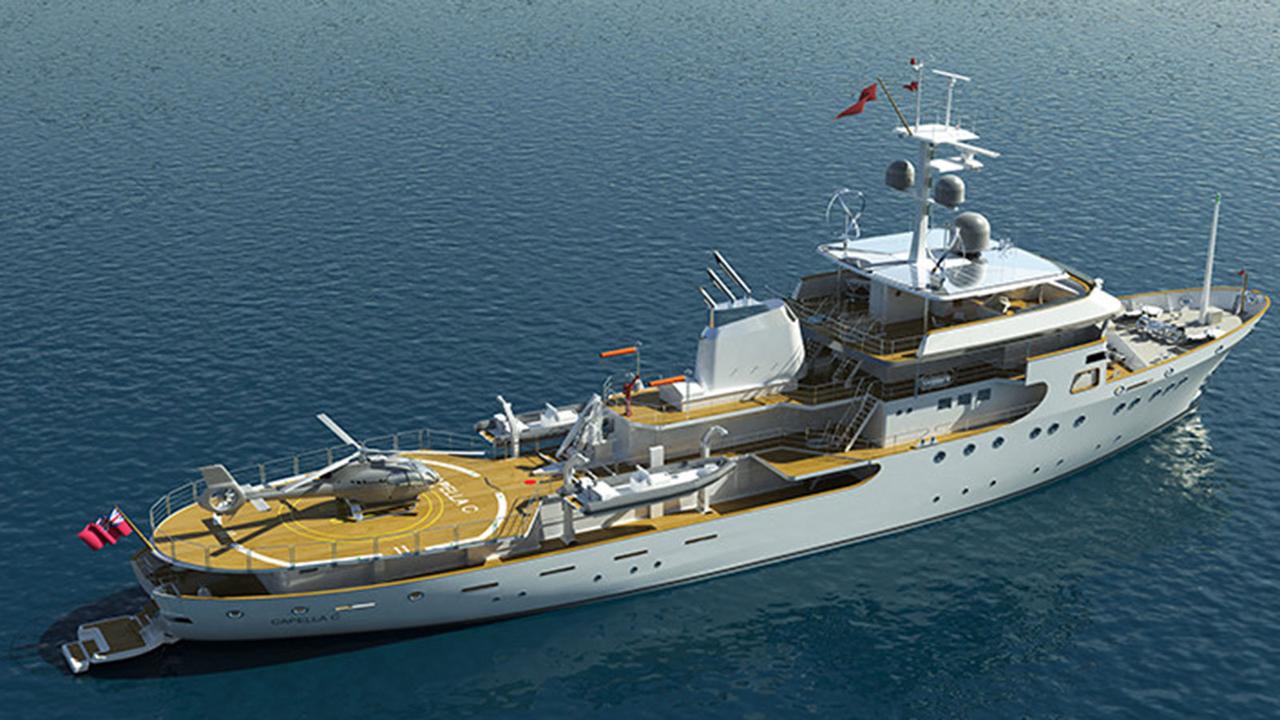