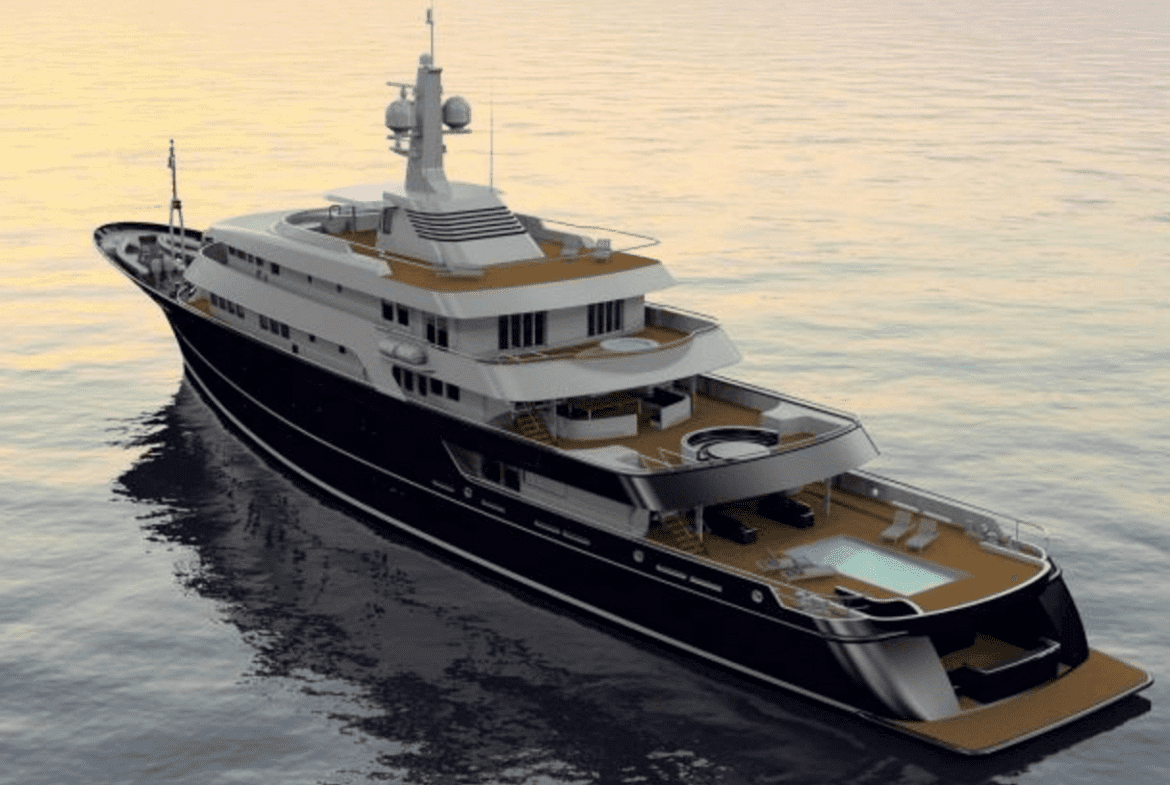 Also known as Project Weta in recent years,U-77 has quite a story behind her. Construction began in 2006 at a now-defunct yard in Chile, Marco Yachts, following tank tests at the famed MARIN Institute. She was conceived to carry 20 people in the owner’s party and up to 22 crew, with a best range of 8,000 nautical miles. Five years later, the hull and superstructure were shipped to New Zealand for final completion and outfitting. Reports at the time held the owner of U-77 as Graeme Hart, one of the most successful New Zealand businessmen and an experienced yacht owner. U-77 was put on hold, however, and has remained unfinished since then. (Hart, meanwhile, went on to commission two other expedition-oriented yachts from the commercial Norwegian shipyard Kleven.)

U-77 is robust in profile and quite voluminous inside, exceeding 2,100 gross tons. On-screen captions point out where various components of the original general arrangement were intended to be—and still can be, of course. It may strike you as being strange, since U-77 is essentially an empty shell. However, when you realize the main deck alone can include four guest staterooms and a VIP, along with the traditional saloon and even a pool, you can better sense the possibilities. Consider, too, that the upper deck can feature a cinema and two lounges. As for your suite, you can wake up on the bridge deck, then step out to a private alfresco area aft to sip your morning coffee.

DESCRIPTION
U77 is a brand new, massively solid ship, over engineered, with a 2,100 + ton volume and an extremely efficient hull, tank tested at MARIN. Designed with 10 guest suites for 20 people, she carries up to 22 in crew. 8,000 mile range, large tender capacity, helicopter possibility and exceptional deck spaces offering a swimming pool and numerous private areas. 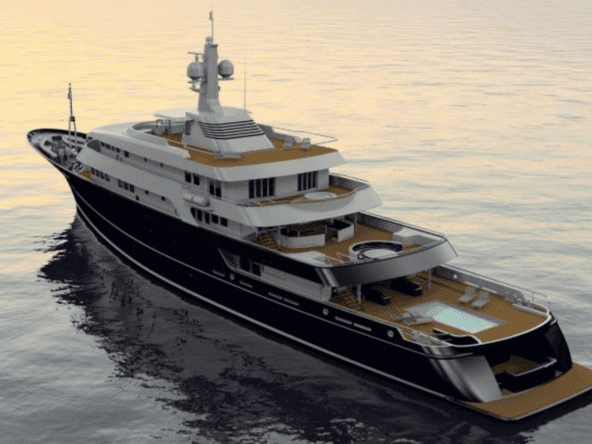 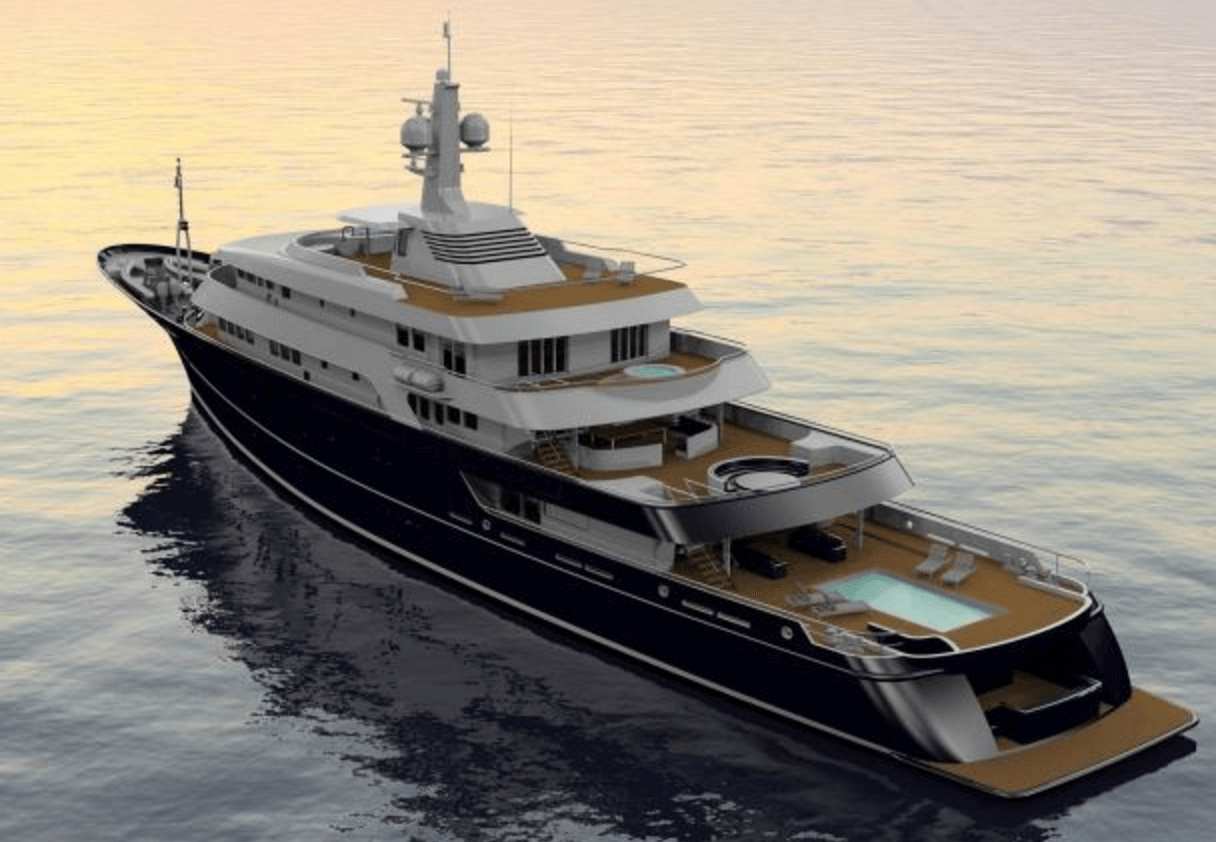