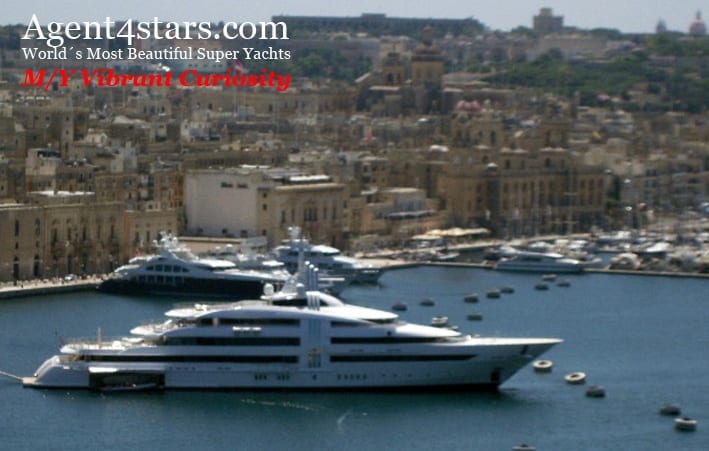 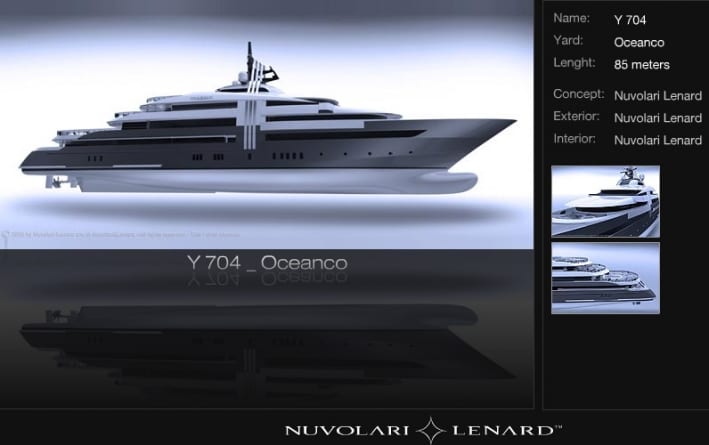 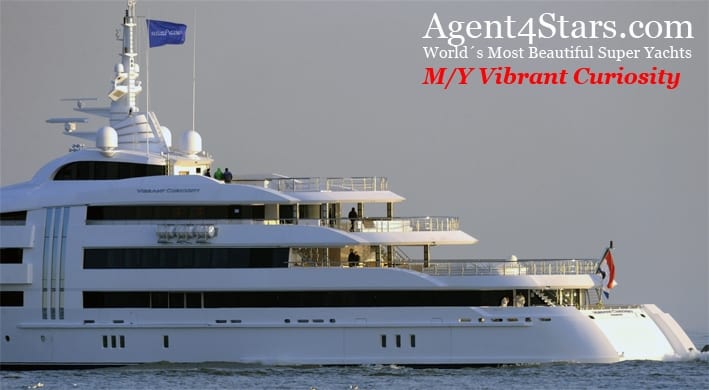 The motor yacht VIBRANT CURIOSITY is a 85 m 280 (ft) considerable steel ship which was newly built by Oceanco Yachts (Alblasserdam Yacht building) and conceived by Oceanco & Azure and Nuvolari – Lenard. The considerable full displacement yacht VIBRANT CURIOSITY is a very distinctive Dutch made superyacht which was launched to completion in 2009. The naval architecture office that made her design with respect to the yacht is Oceanco & Azure and Nuvolari – Lenard. In addition, the interior styling is the work of Nuvolari – Lenard. The yacht is a recent full displacement yacht.

VIBRANT CURIOSITY was the fourth in the series of Y700-coded super yachts. The super yacht has a full-displacement hull, a flared bow and a 14.20m beam. She continues the succession of deliveries that has seen the 80m Amevi and the 82m Alfa Nero delivered in 2007, and the 75,5 m Anastasia in 2008. VIBRANT CURIOSITY was delivered to her new German owners and enjoyed a successful first cruising season before heading to the Oceanco yard in Alblasserdam, The Netherlands for her end of season maintenance work. VIBRANT CURIOSITY accommodations include a master suite with an office and private exterior deck area with whirlpool, a VIP suite, five double suites and 2 two further double guest cabins. The yacht has a crew of 26.

Oceanco & Azure was the naval architect involved in the professional vessel design work for VIBRANT CURIOSITY. Her interior design was completed by Nuvolari – Lenard. Oceanco & Azure and Nuvolari – Lenard is also associated with the yacht general design work for this yacht. In 2009 she was actually launched to accolade in Alblasserdam and post sea trials and finishing touches was then passed on to the yacht owner. Oceanco Yachts (Alblasserdam Yachtbuilding) completed their new build motor yacht in the Netherlands. The hull was constructed with steel. The motor yacht main superstructure is made largely with aluminium. With a width of 14.2 m or 46.59 feet VIBRANT CURIOSITY has impressive room. She has a fairly deep draught of 4m (13.12ft).

Installed with twin MTU diesel main engines, VIBRANT CURIOSITY can reach a top speed of 20 knots. Her propulsion units are twin screw propellers. She also has an economical range of 5500 nautical miles whilst underway at her cruising speed of 17 knots. Her total HP is 9360 HP and her total Kilowatts are 6984.

The Guest Accommodation On Aboard Superyacht VIBRANT CURIOSITY:

The considerable luxury yacht M/Y VIBRANT CURIOSITY is able to sleep as many as 14 guests in addition to 26 crew members.

A List of the Specifications of the VIBRANT CURIOSITY:

Further Information On The Yacht 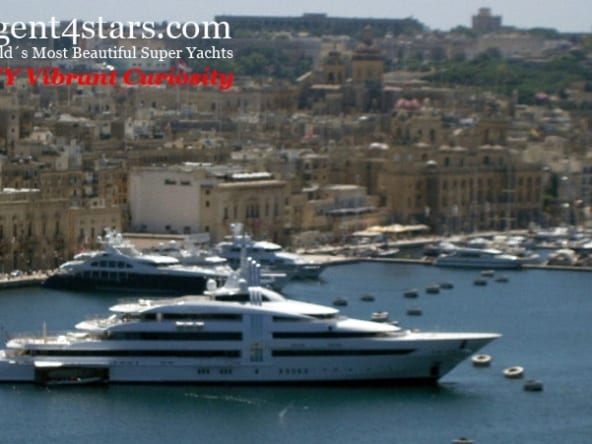 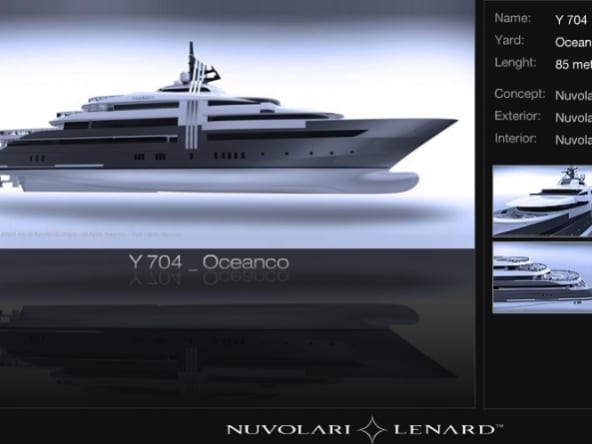 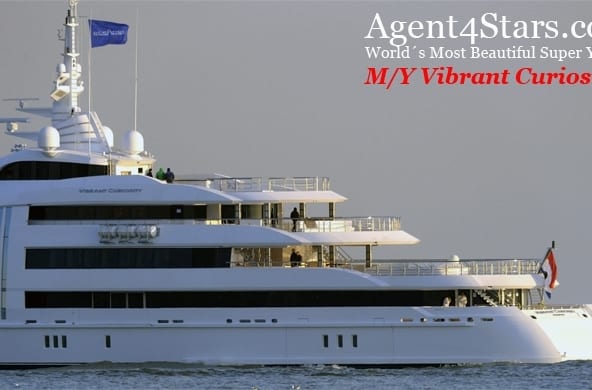