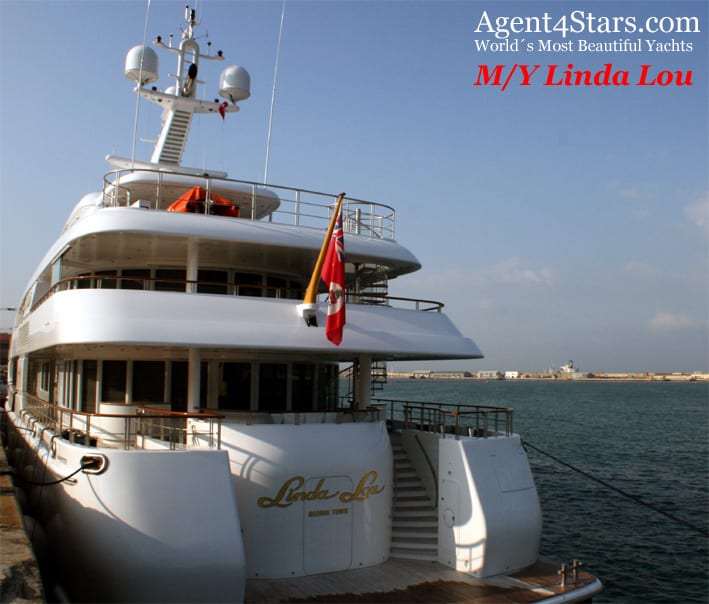 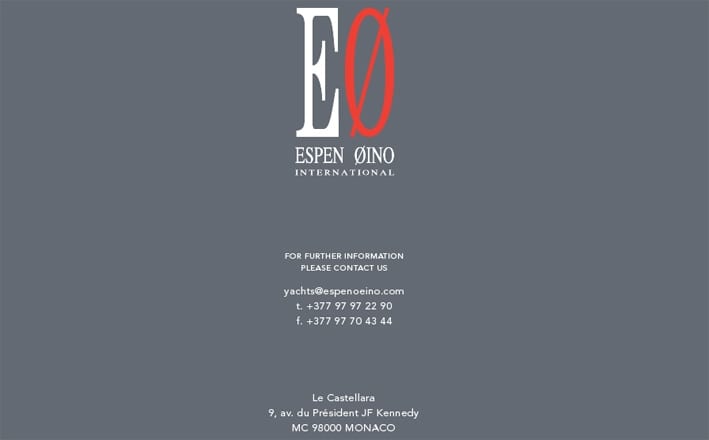 Inside, the yacht has an open plan featuring classical elements with modern accents along with light-colored fabrics, high-end marble and onyx and rare woods in high-gloss and satin finishes.

Forward on the main deck, the full-width master suite offers his-and-her bathrooms with a whirlpool tub and two showers.

Oversize windows throughout the yacht include large vertical portholes in the four king guest staterooms below. A sixth stateroom, which can be converted into an exercise room, is on the Bridge Deck.

Aft on the Panoramic Deck, semi-circular glass doors recess completely to open the topmost deck to fresh air. Complete with disco lights, the deck was designed to accommodate dancing under the stars. The Bridge Deck’s aft salon offers an alternate interior dance floor.

The yacht can accommodate a 14-member crew. On board are Captain Michael Schueler and Heather Schueler, who both served on the 184-foot Pangaea and also worked on another yacht for Linda Lou’s owners. The Schuelers have been aboard Linda Lou for two years. 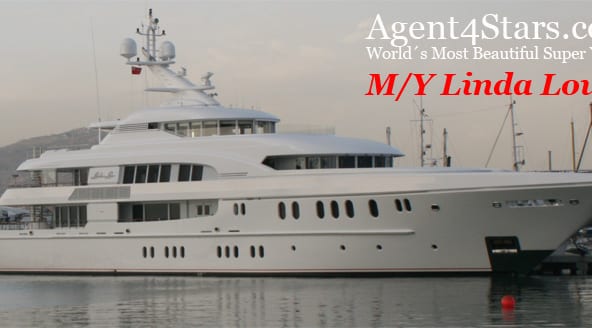 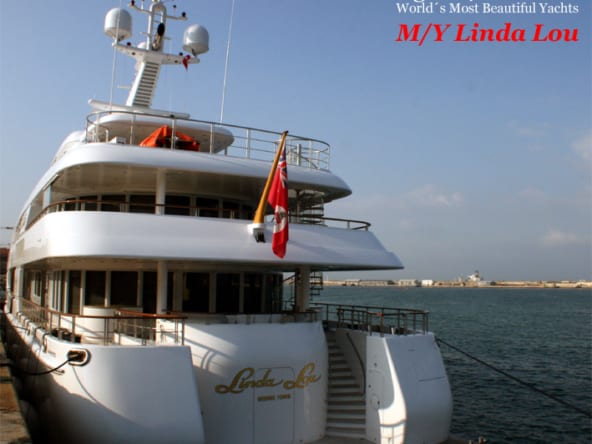 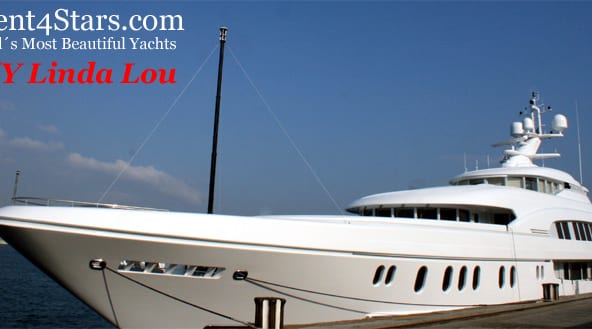 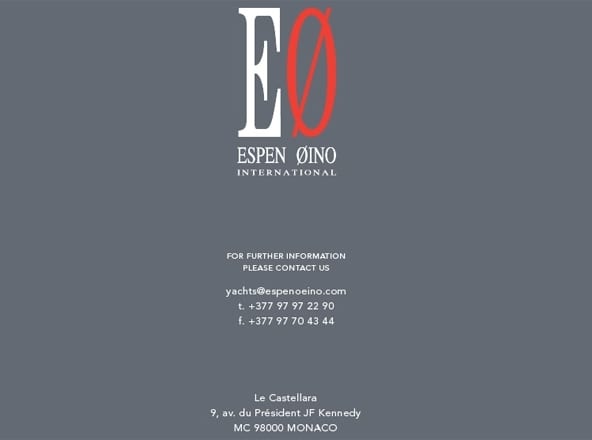