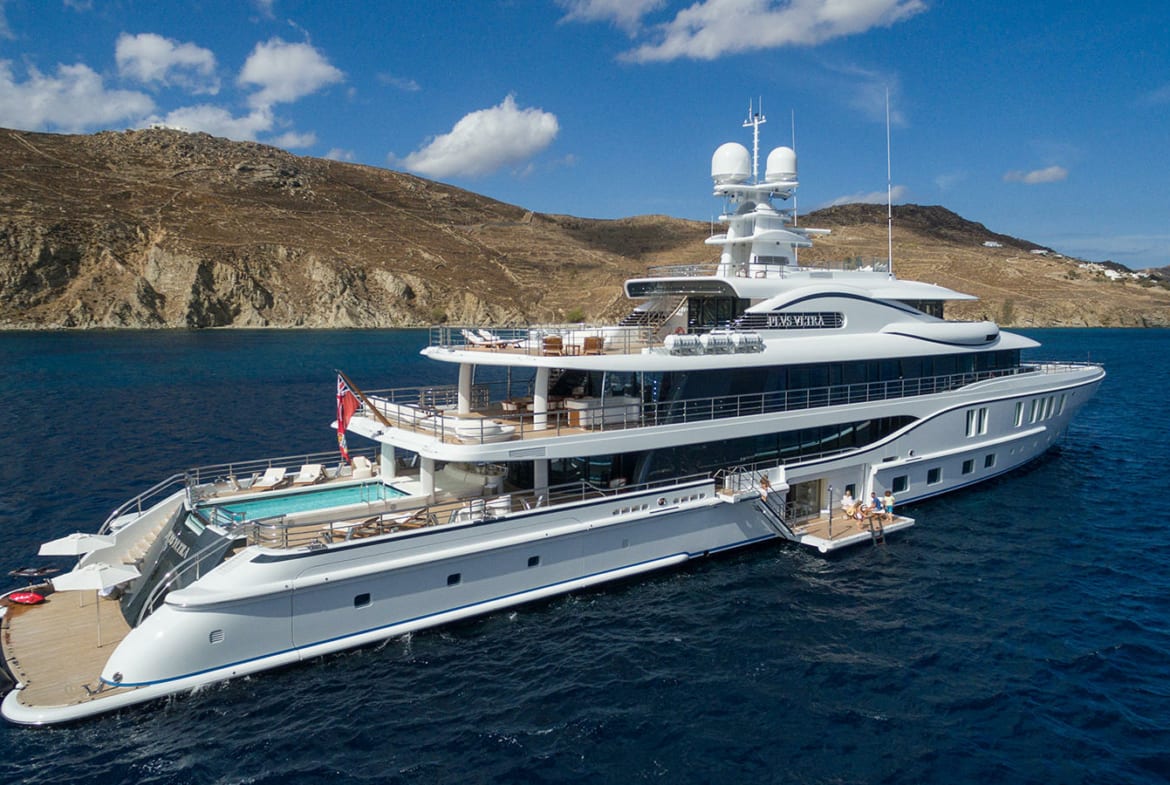 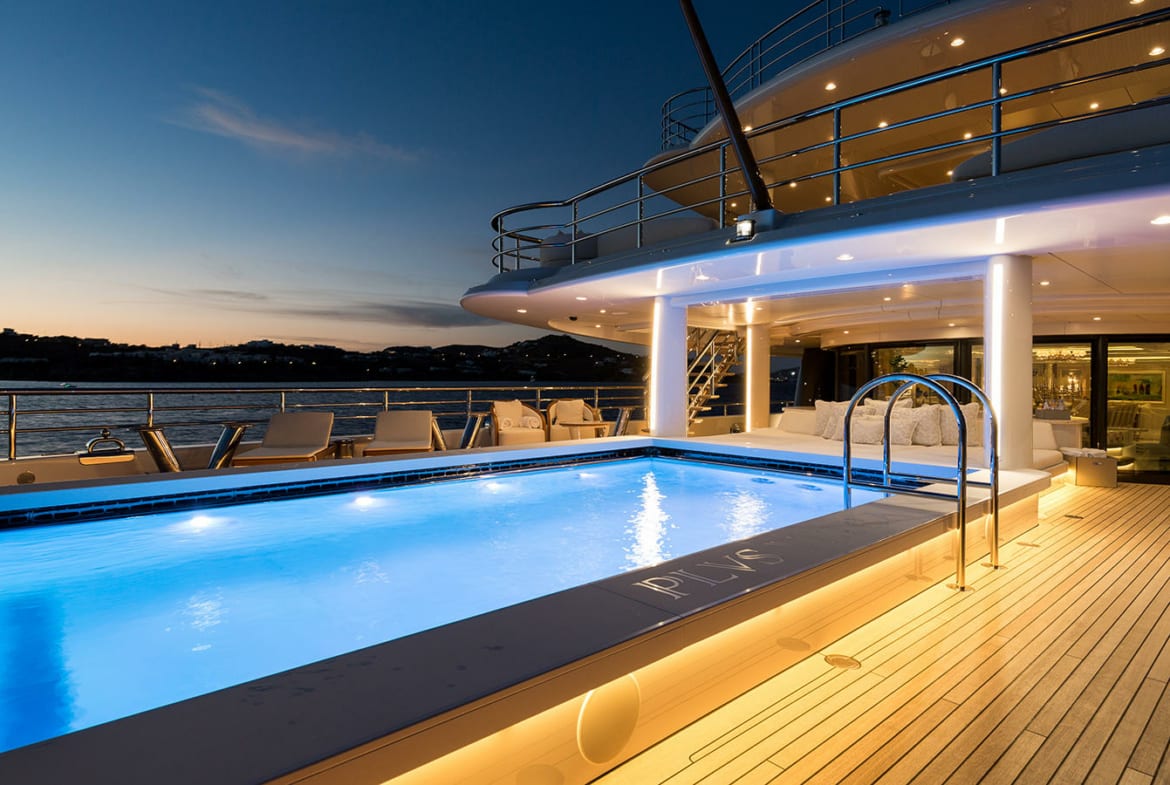 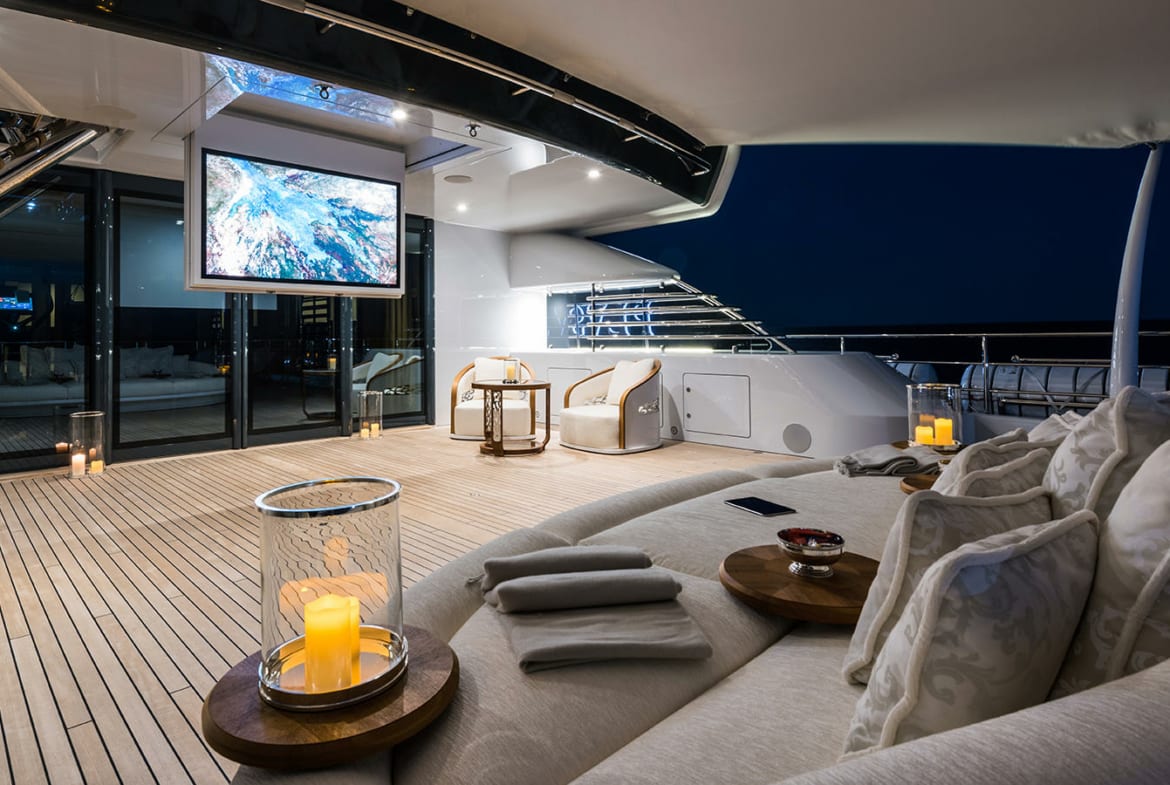 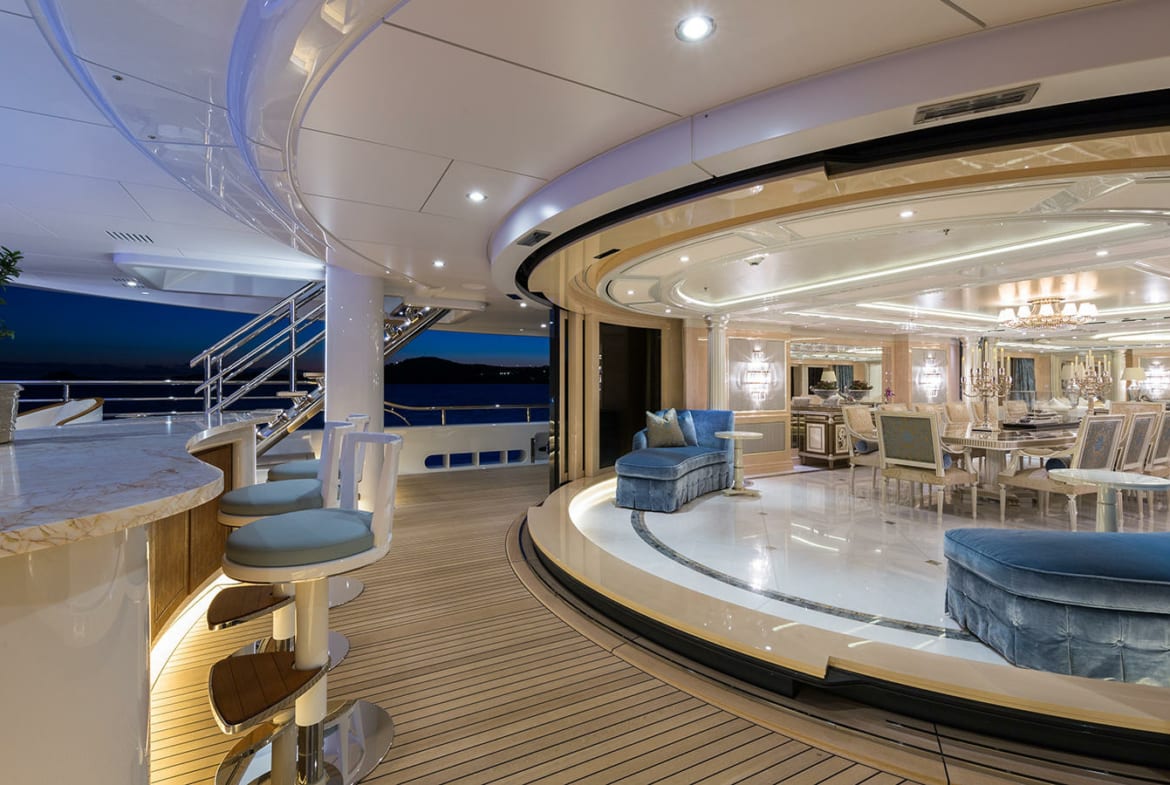 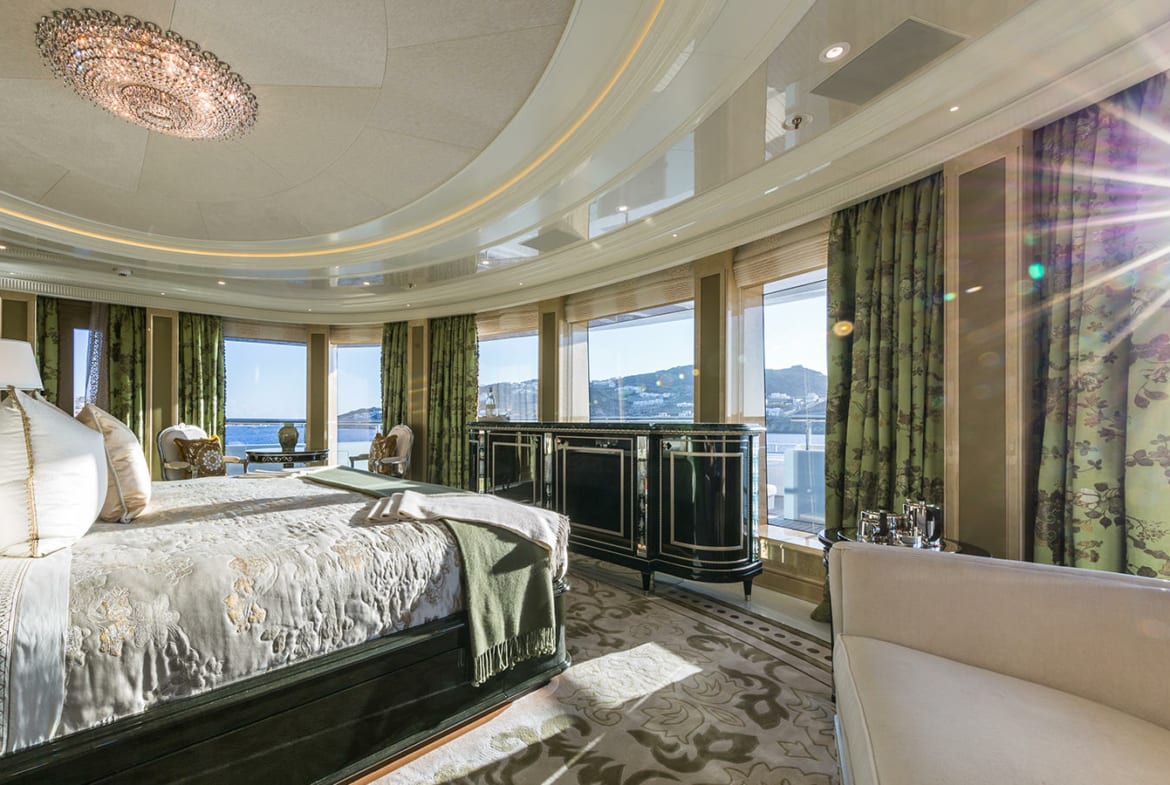 M/Y Plvs Vltra: The first Amels Limited Edition 242 yacht
The Plvs Vltra is a personally owned, luxury motor yacht and is not for charter.

Plvs Vltra’s construction was managed by Moran Yacht & Ship. She was reportedly built for the extremely experienced owner of the 77-meter Samar which has been put up for sale in 2015.

Amels has shared the video of its 74m superyacht Plvs Vltra, launched in December and delivered to her owner in August 2016.

The sale of Amels’ first Limited Edition 242 (Project Freefall) was announced back in November 2013 by the Dutch shipyard. With an exterior by Tim Heywood and an interior by Andrew Winch, the 74-meter yacht has a beam of 12.25m and a gross tonnage of 1725GT.

The main requests
Large swimming pool on the main deck, two 10 metre tenders, a large master suite forward on the upper deck, a huge spa with all of the features of a top class facility, and large exterior areas to enjoy with friends and family

The 241.14ft Amels 242 motor yacht motor yacht ‘Plvs Vltra’ was built by Amels in Netherlands at their Vlissingen shipyard , she was delivered to her owner in 2016. The yacht’s interior has been designed by Andrew Winch.

Accommodation
Plvs Vltra’s interior configuration has been designed to comfortably accommodate up to 12 guests overnight in 6 cabins, comprising a master suite, 2 VIP staterooms. She is also capable of carrying up to 23 crew onboard to ensure a relaxed luxury yacht experience.

Performance
Powered by 2 diesel engines and propelled by her twin screw propellers Motor yacht Plvs Vltra is capable of a top speed of 16 knots, and comfortably cruises at 15 knots. With her 155,000 litres fuel tanks she has a maximum range of 5,000 nautical miles at 12.5 knots. Her water tanks store around 38,000 litres of fresh water.

Plvs Vltra was designed to achieve a top speed of 16.5 knots
Apart from consulting Damen Research to reduce noise and vibration through calculation and simulations, the generators are insulated in their own room — an idea taken from another Amels 74 metre, Ilona 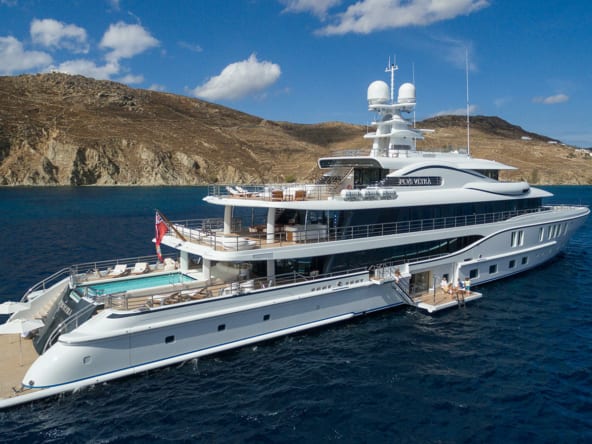 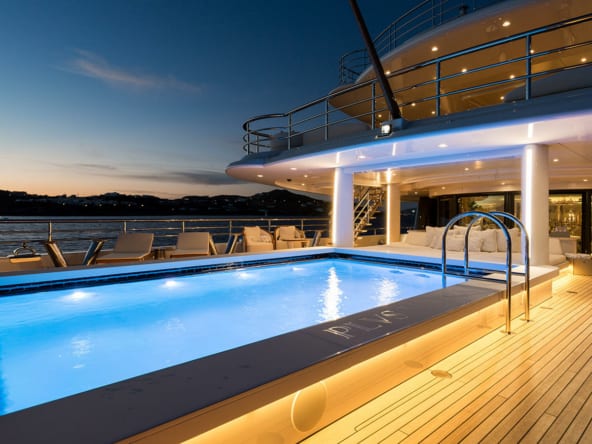 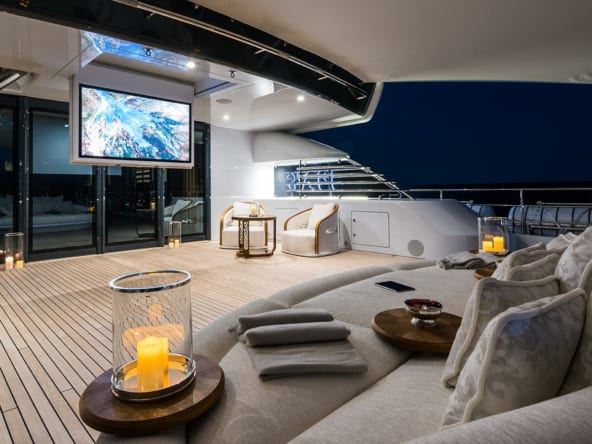 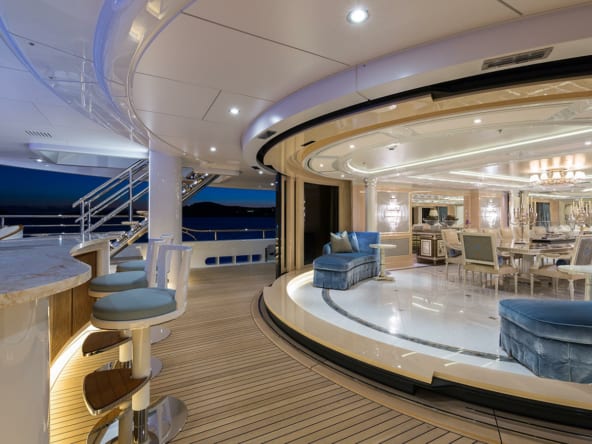 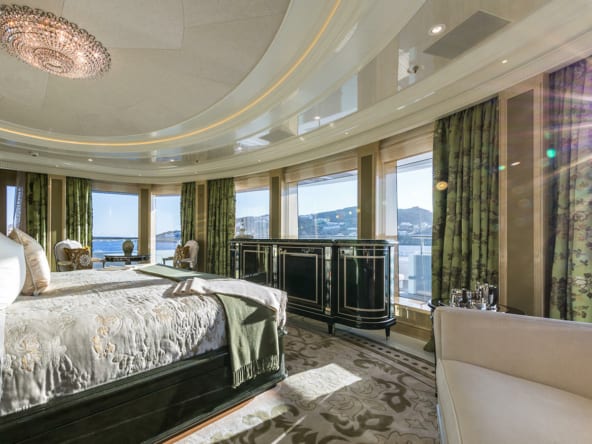 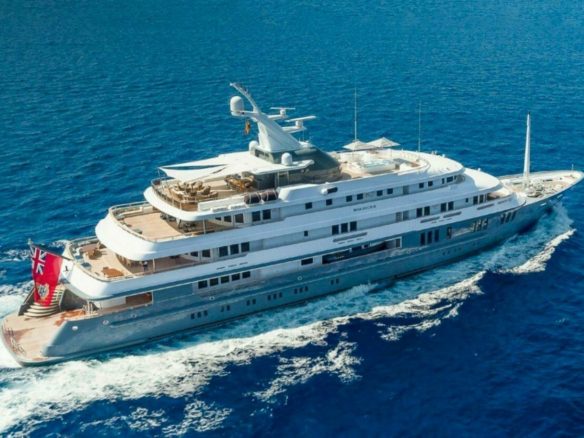 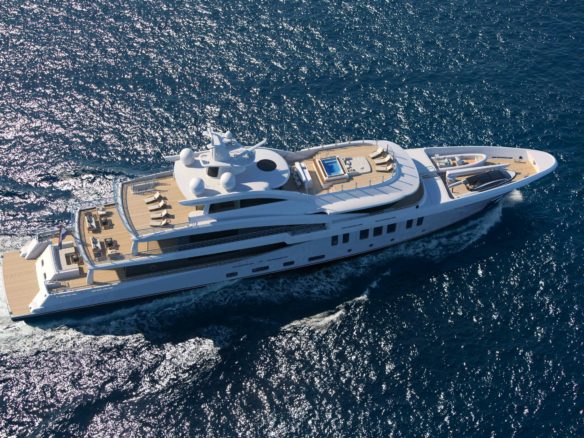 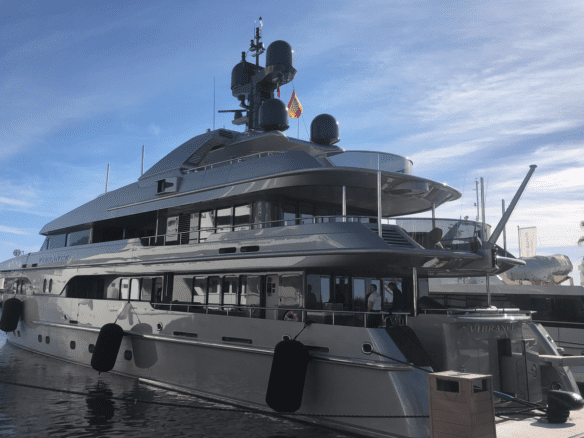 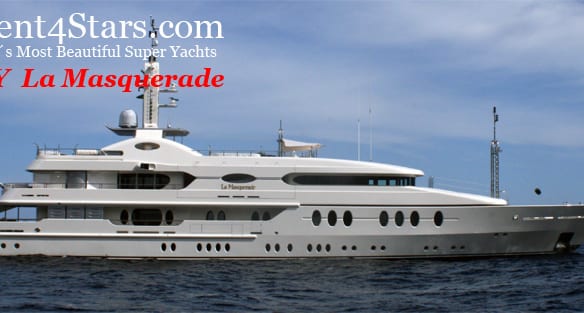 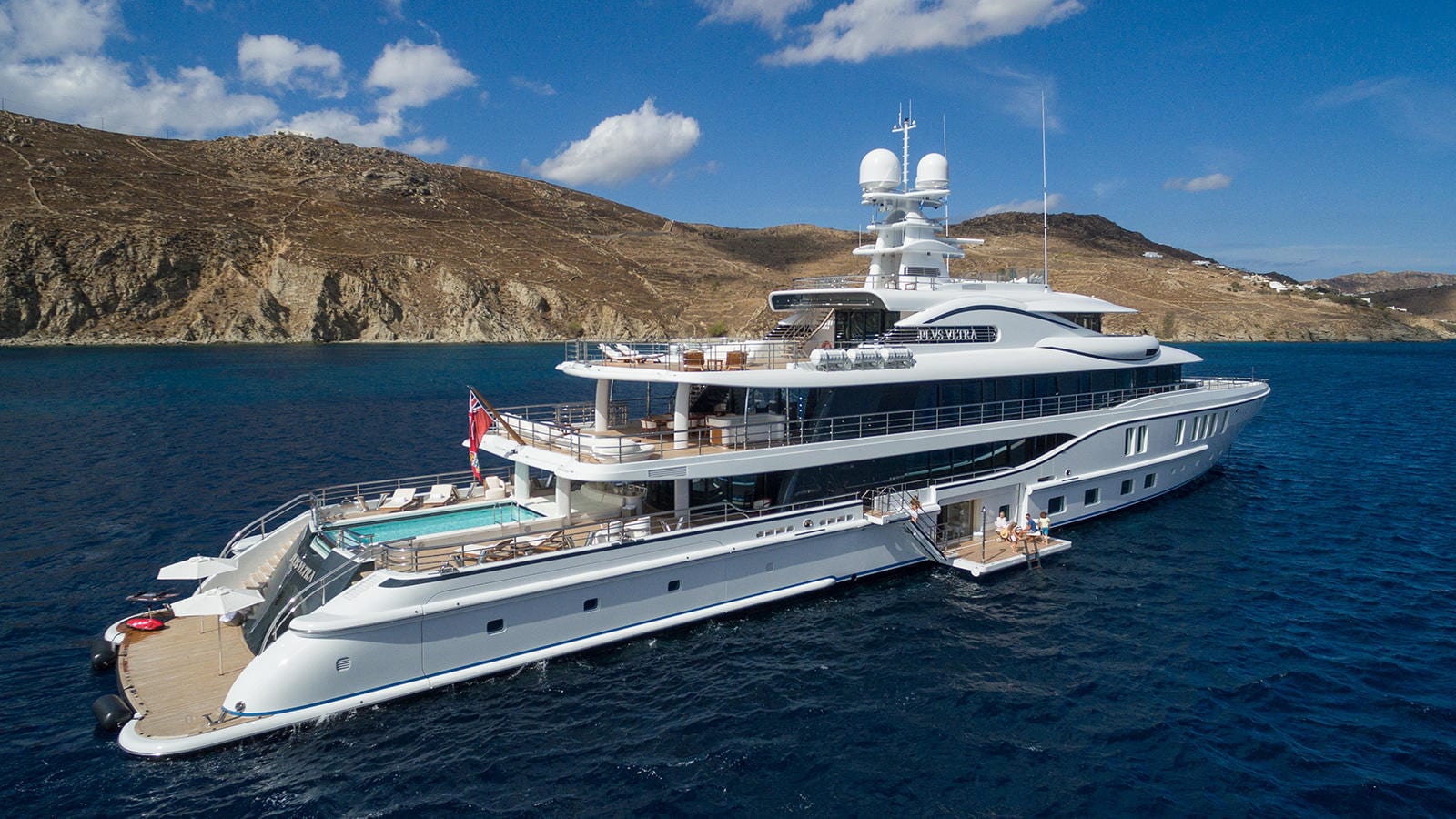 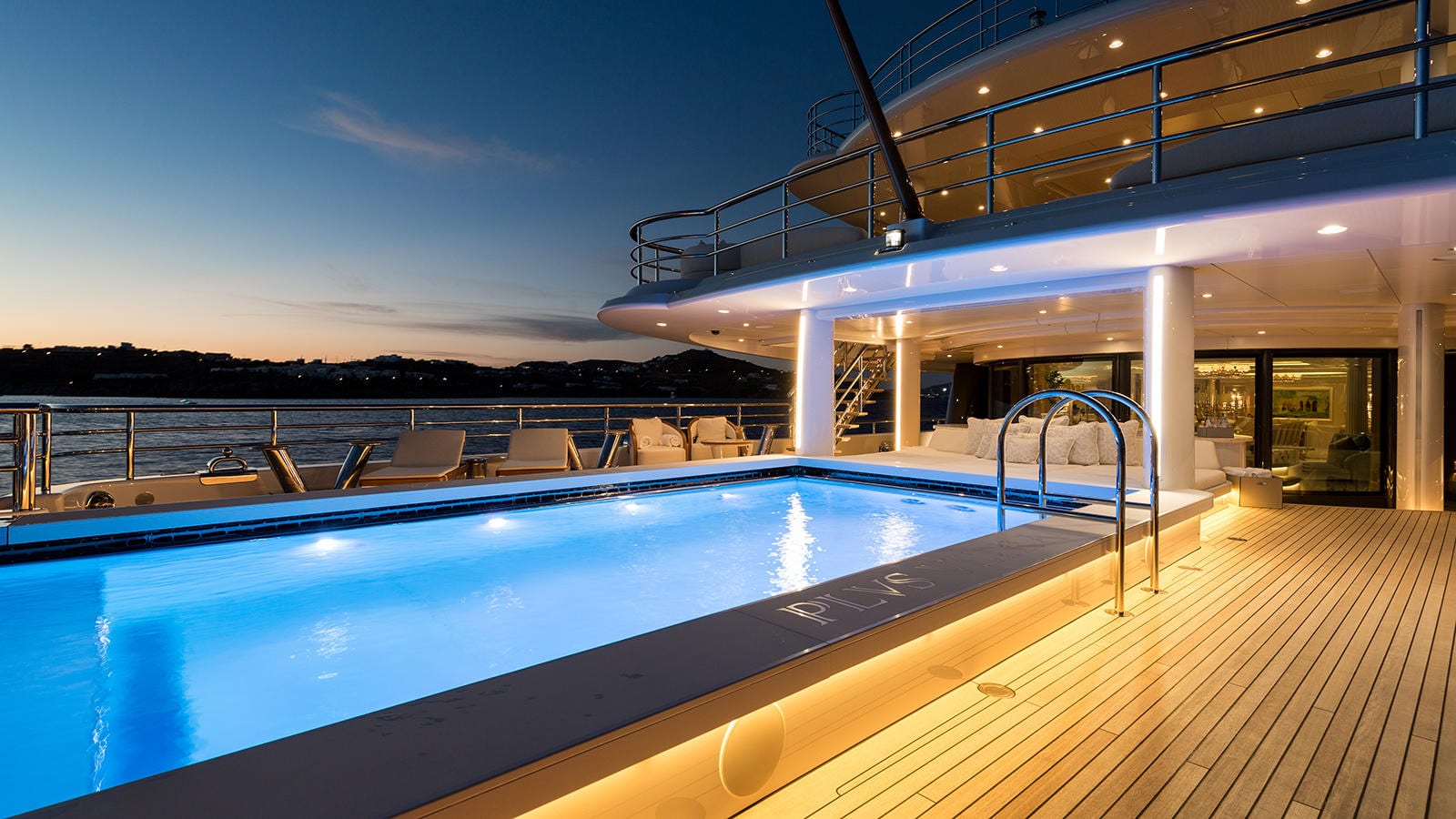 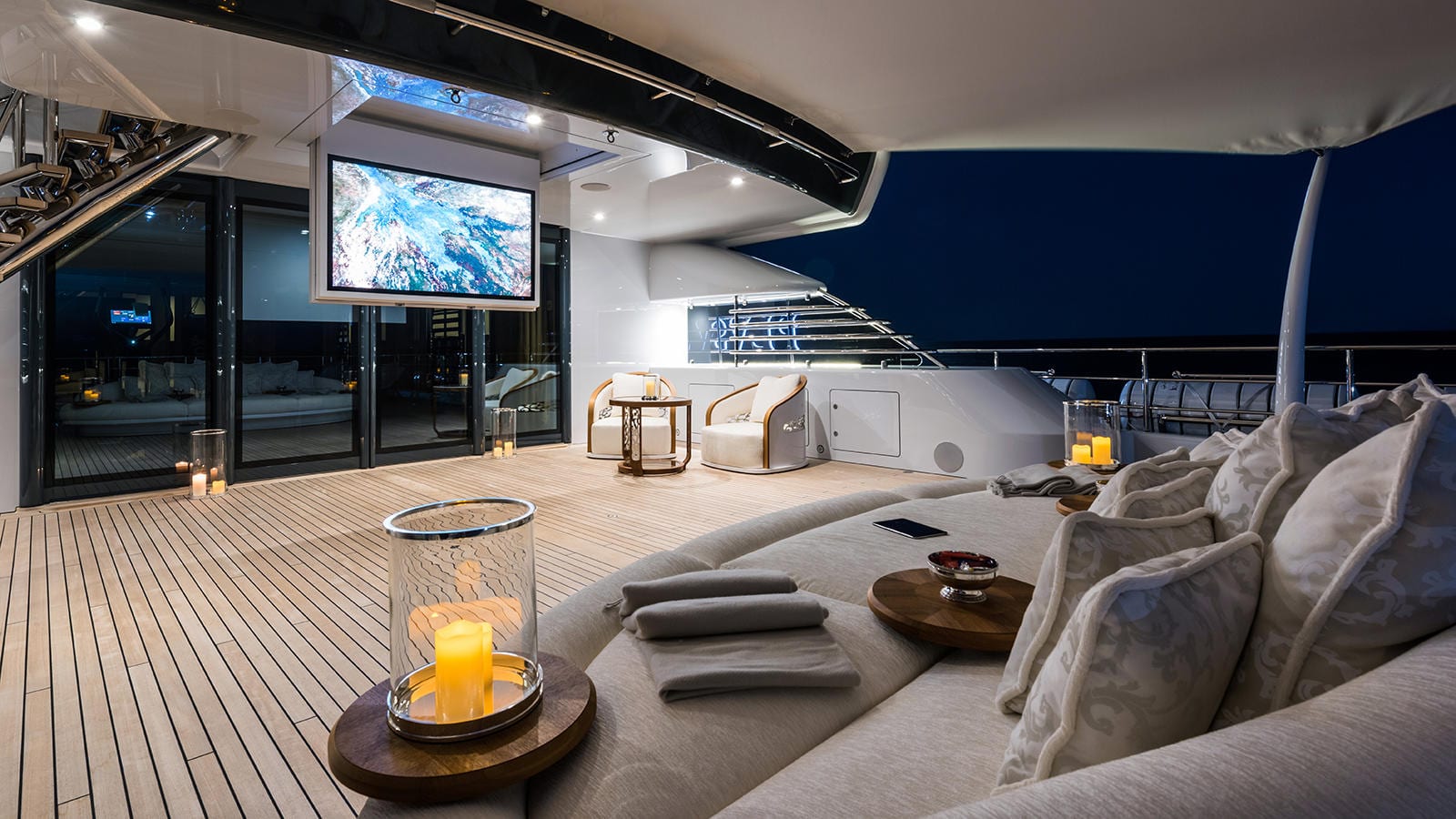 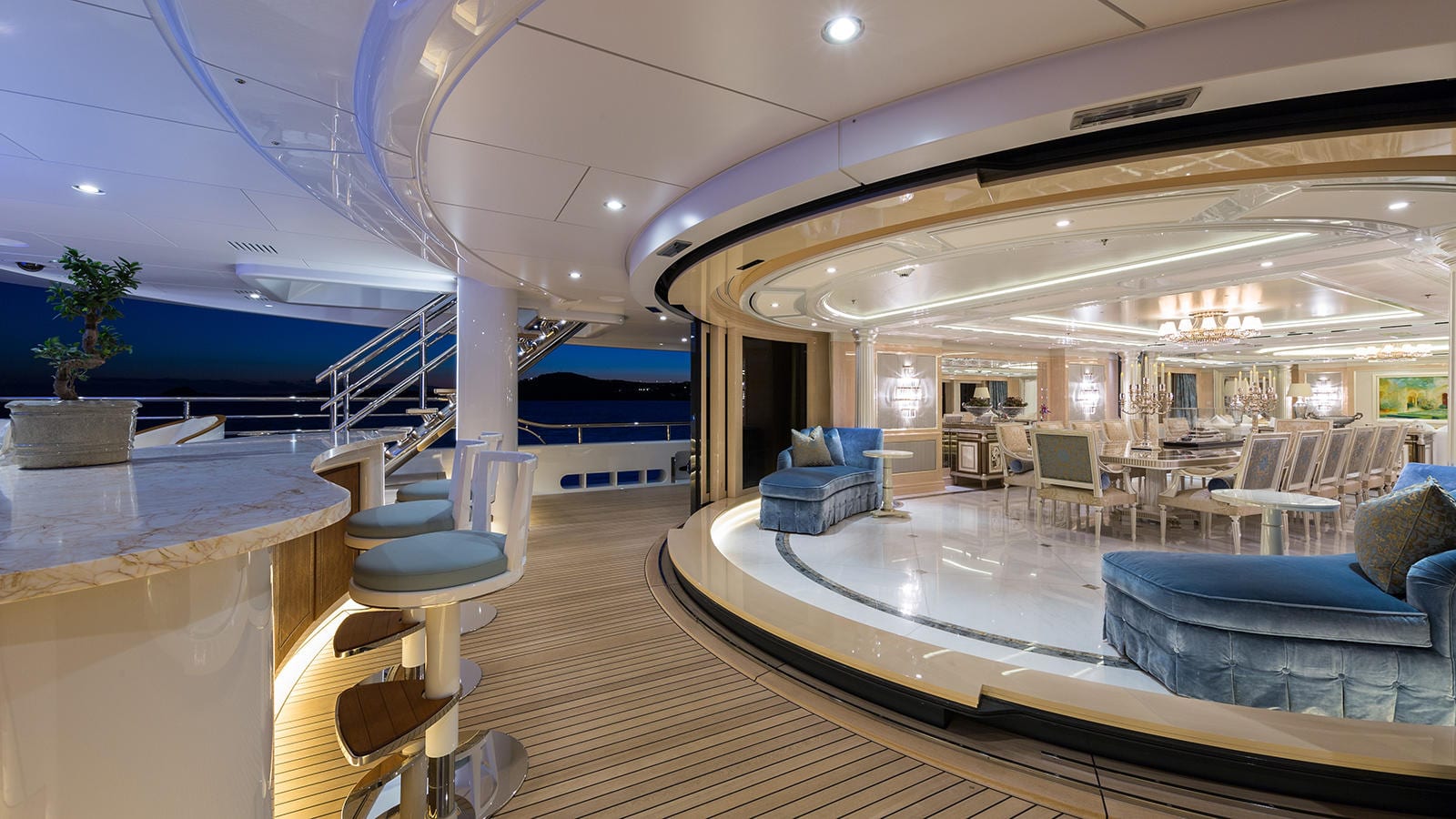 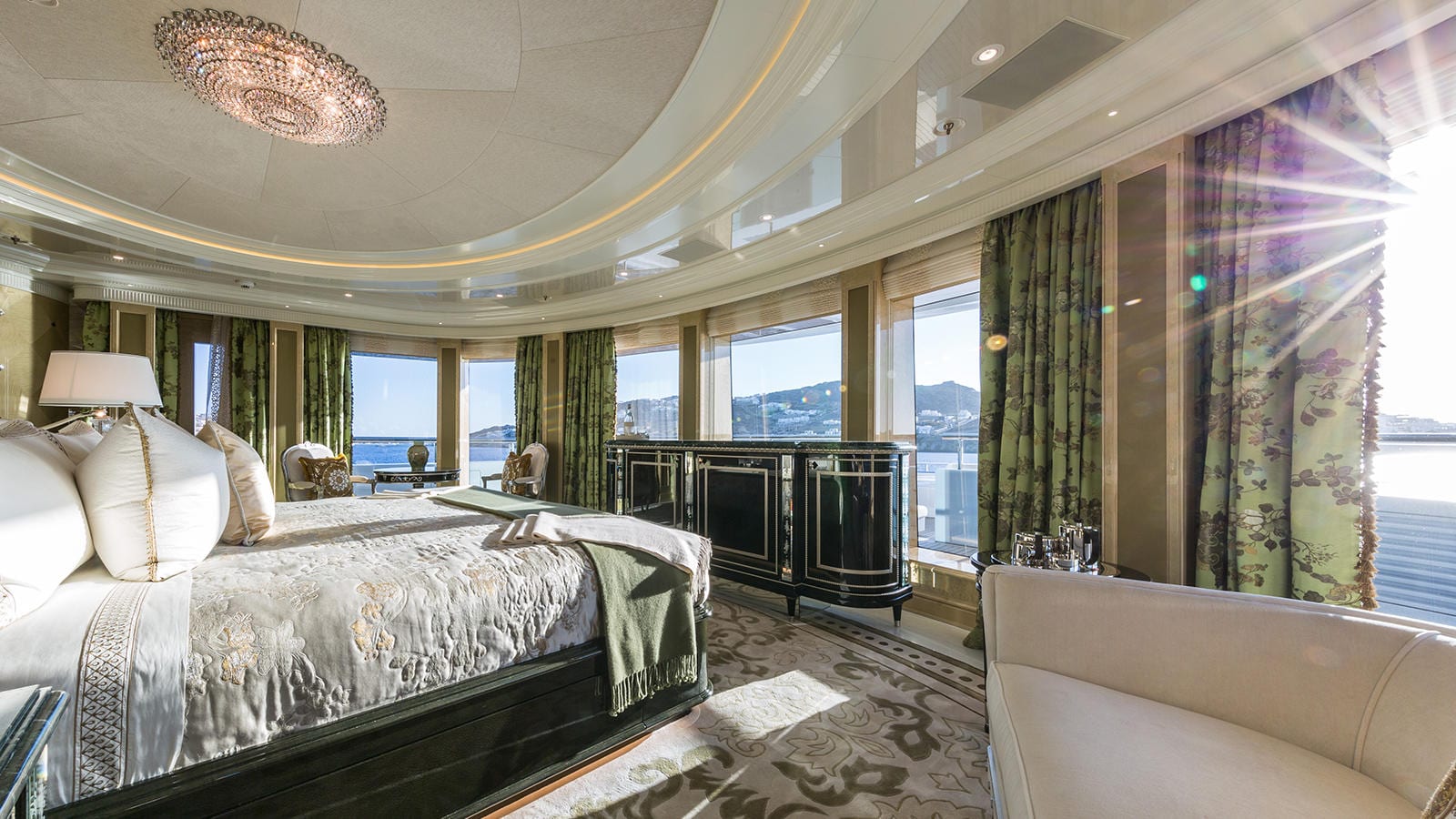