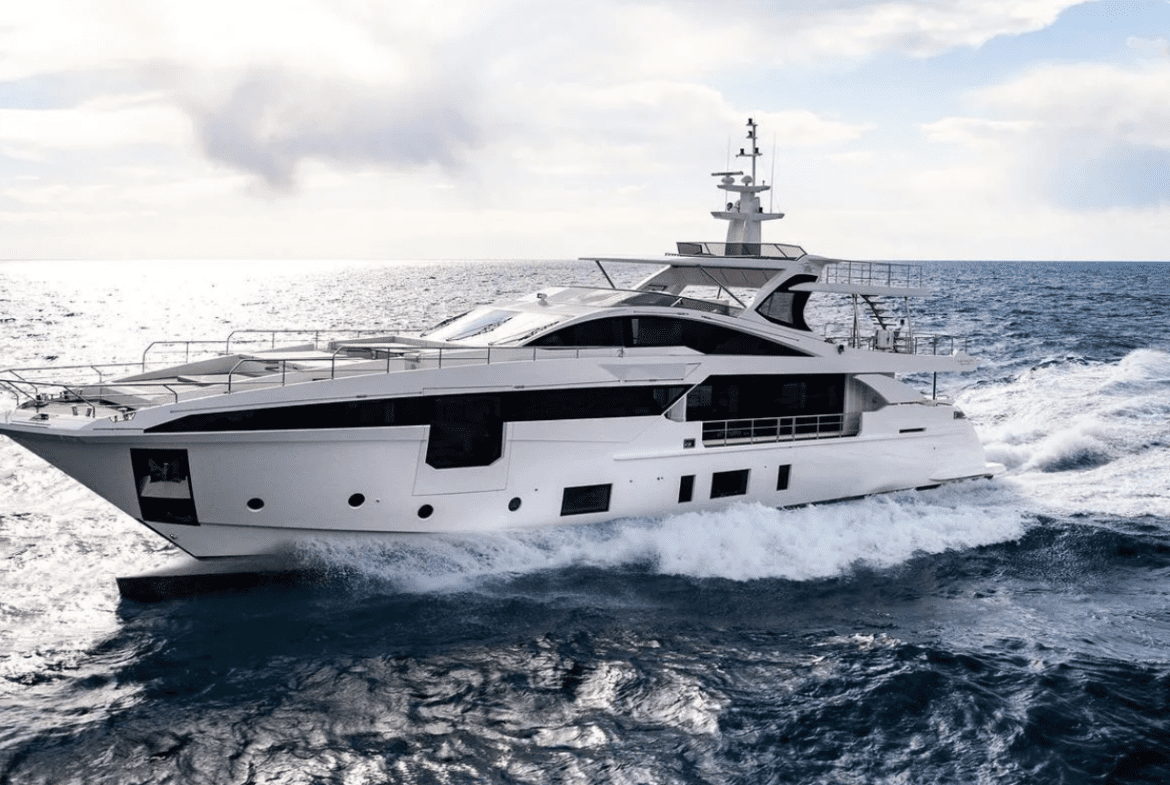 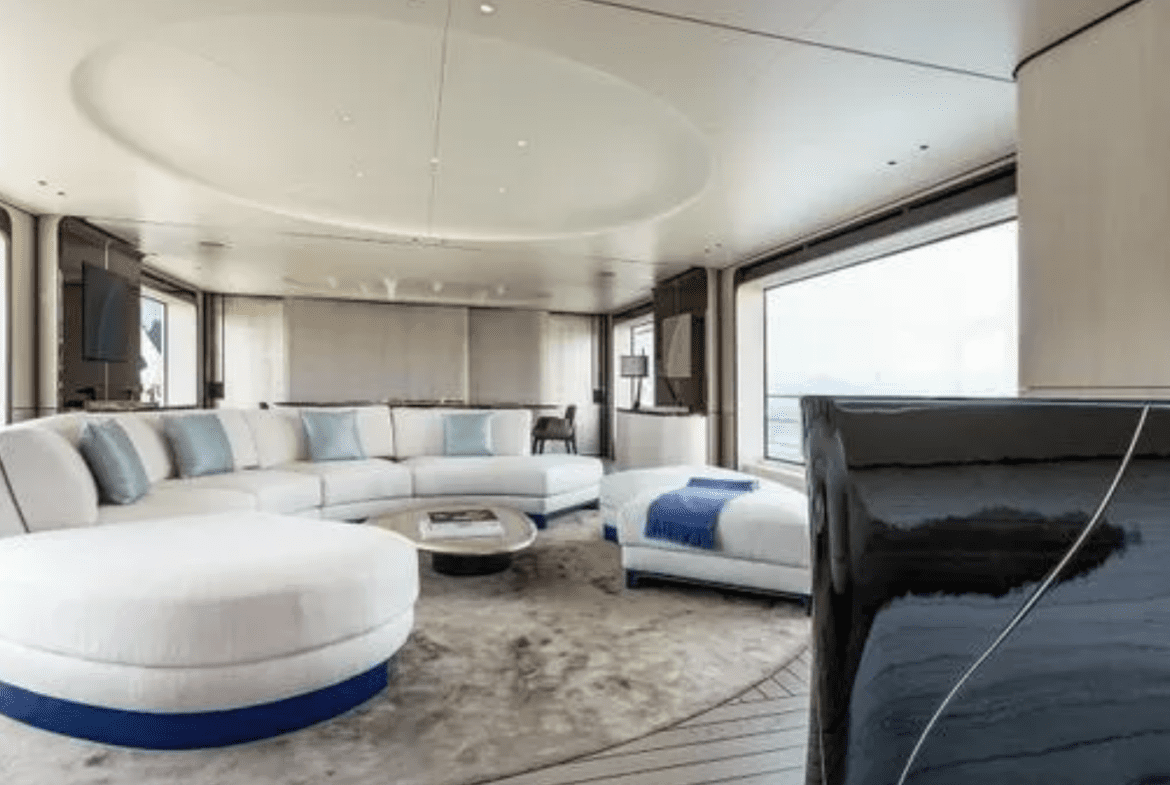 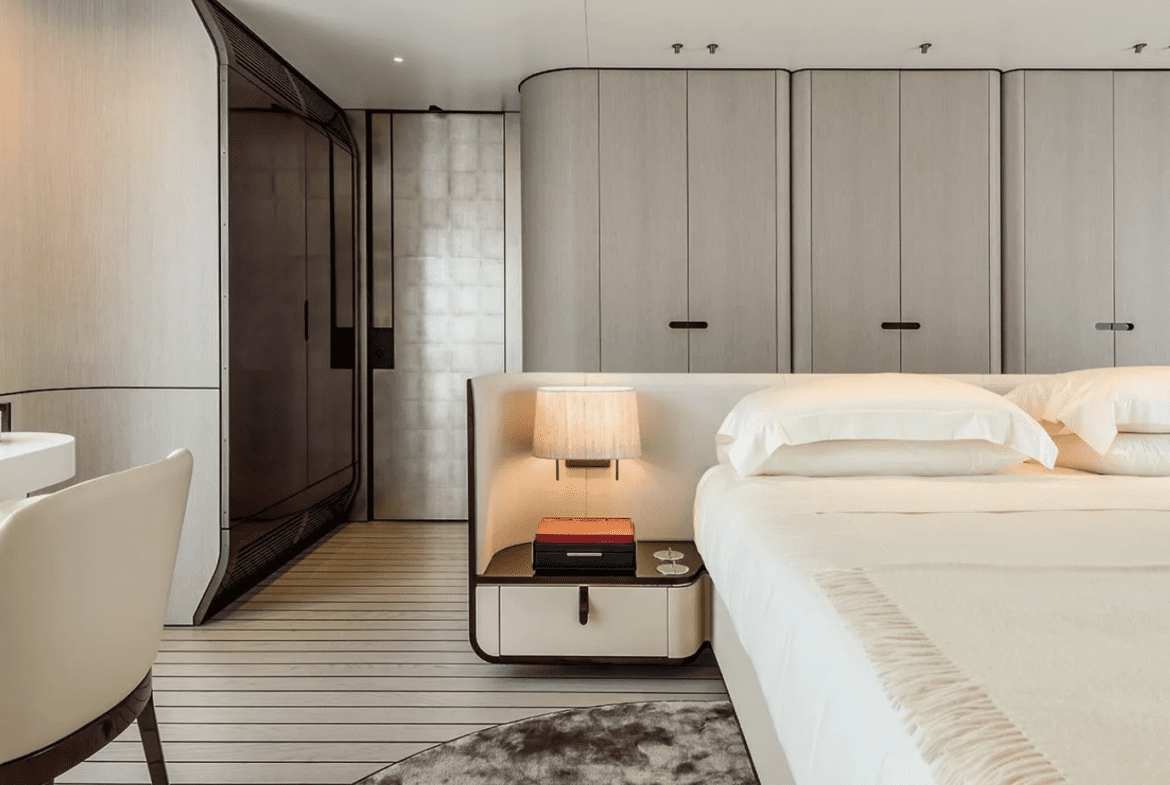 She was designed by Stefano Righini

The naval architecture was developed by Azimut
Interior of the yacht was designed by Salvagni Architetti- she is built with a Teak deck, a GRP hull, and Carbon Fibre and GRP superstructure.

LULWA is currently sailing under the United Kingdom flag

The 35m/114’10” motor yacht ‘Lulwa’ was built by Azimut in Italy. Her interior is styled by design house Achille Salvagni and she was completed in 2019. This luxury vessel’s exterior design is the work of Stefano Righini.

Lulwa has been designed to comfortably accommodate up to 10 guests in 5 suites. She is also capable of carrying up to 6 crew onboard to ensure a relaxed luxury yacht experience.

Built with a GRP hull and GRP superstructure, with teak decks, she has impressive speed and great efficiency thanks to her planing hull. Powered by twin diesel MTU (16V 2000 M94) 2,400hp engines, she comfortably cruises at 22 knots, reaches a maximum speed of 28 knots with a range of up to 350 nautical miles from her 18,000 litre fuel tanks. Her water tanks store around 3,000 Litres of fresh water. 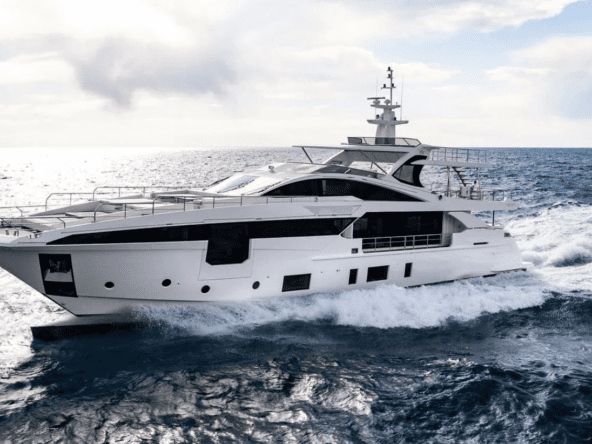 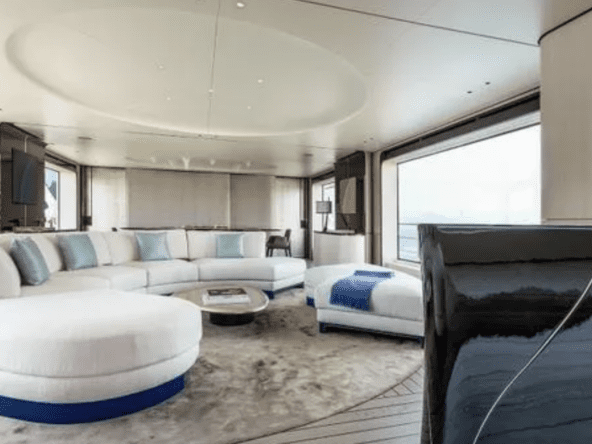 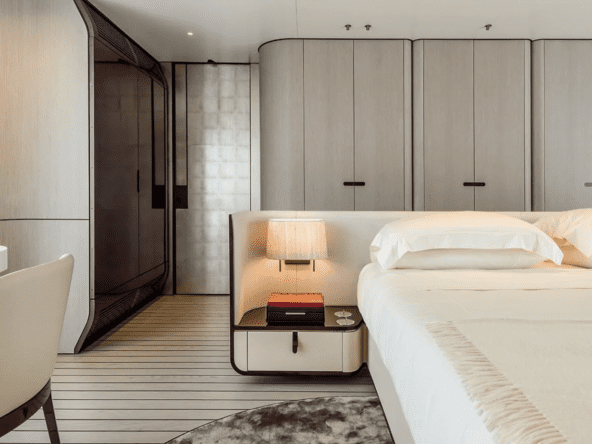 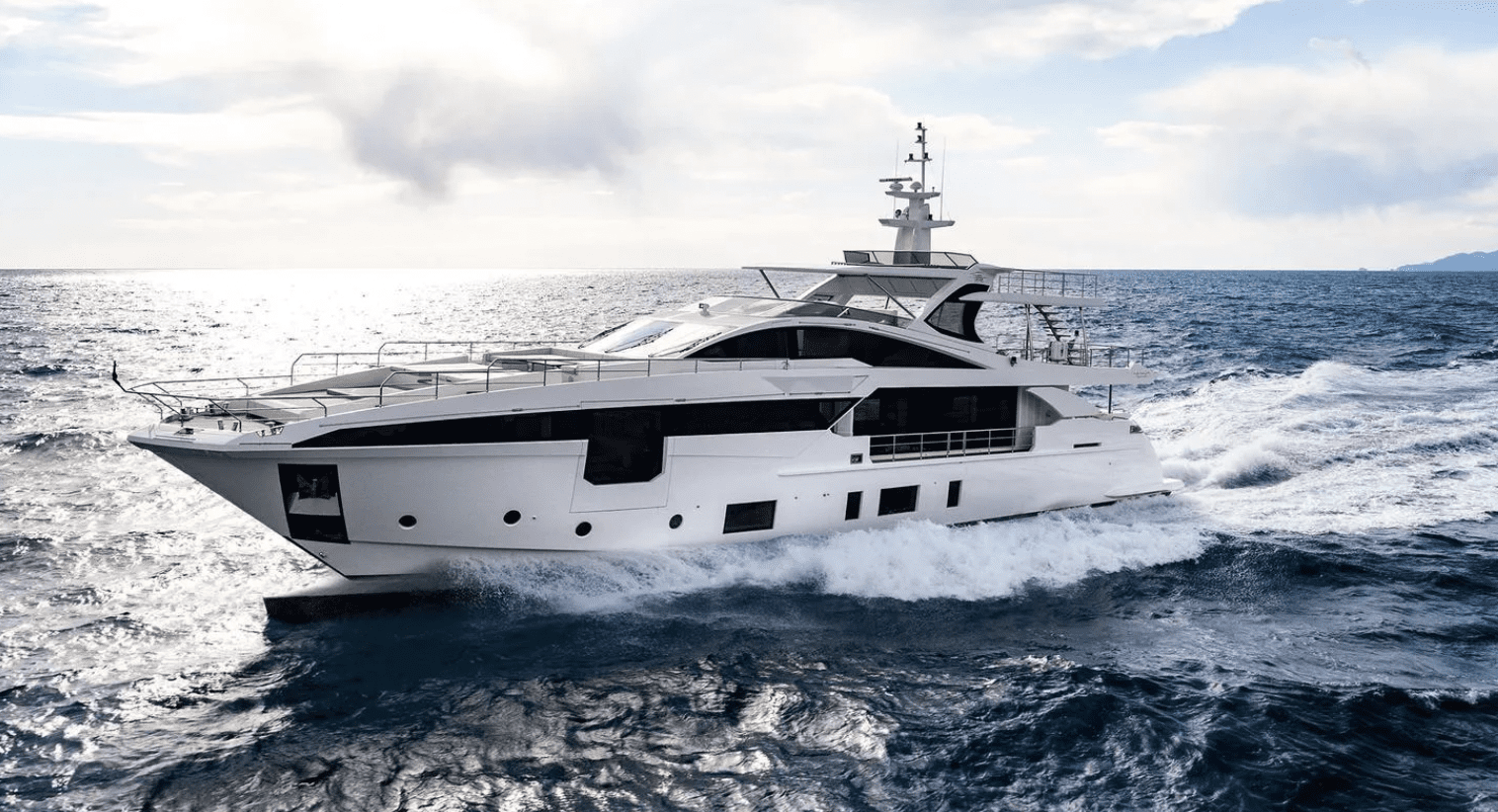 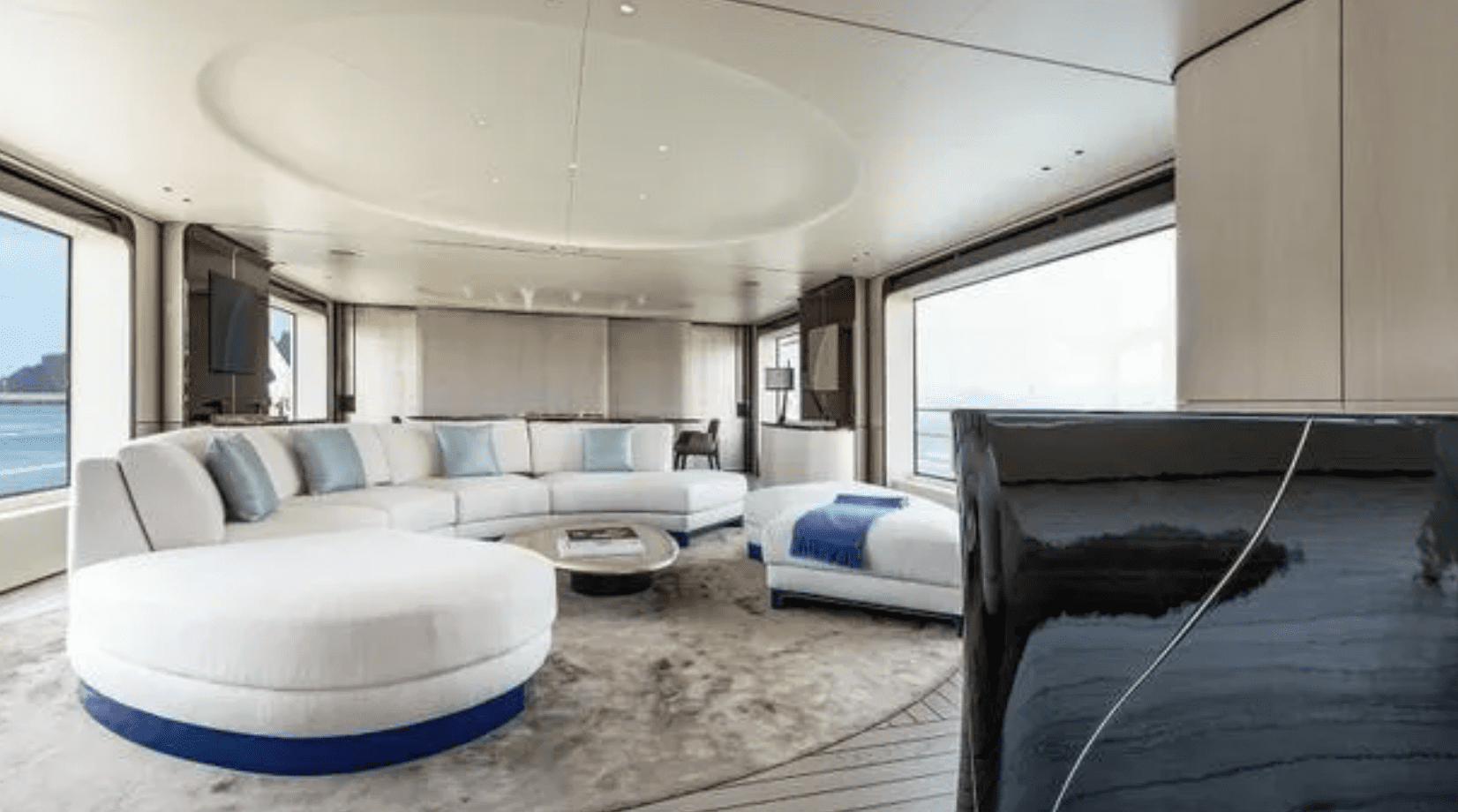 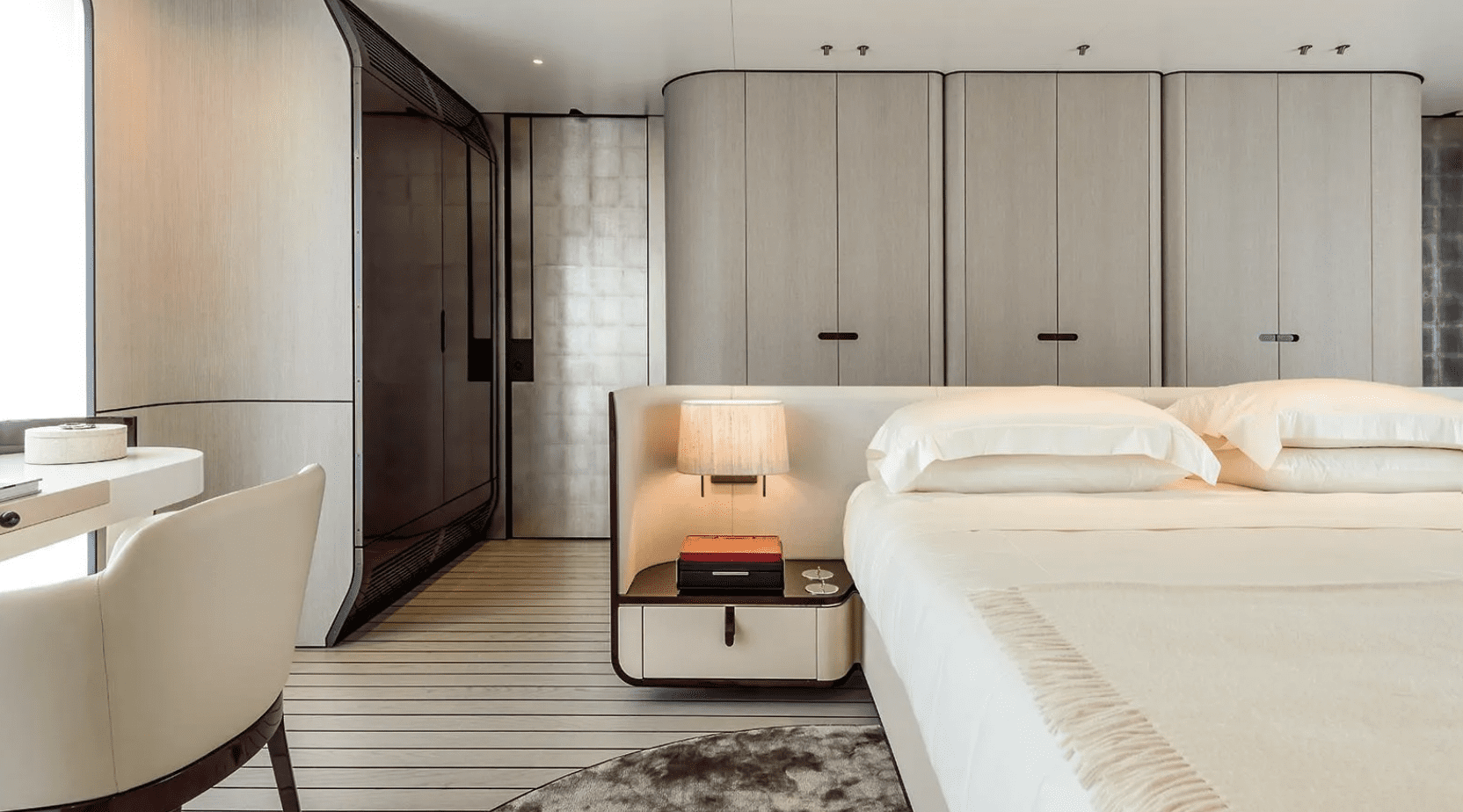