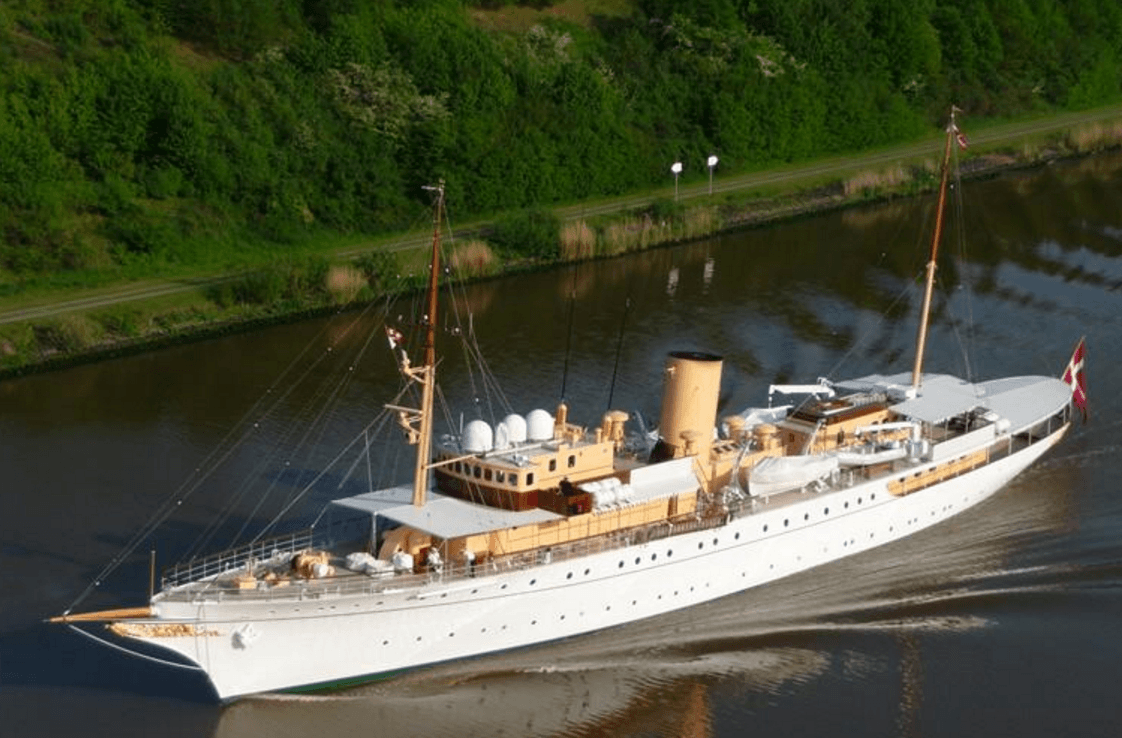 Her Danish Majesty’s Yacht Dannebrog (A540) (Danish: KDM Dannebrog) was launched by Queen Alexandrine at Copenhagen in 1931, and commissioned on 26 May 1932. The yacht now serves as the official and private residence for Queen Margrethe II of Denmark, the Prince Consort, and members of the Royal Family when they are on official visits overseas and on summer cruises in Danish waters. When at sea, the Royal Yacht also participates in surveillance and sea-rescue services.

Since it was commissioned in 1932, the yacht has travelled more than 300,000 nautical miles (600,000 km) and visited most of the ports of Denmark, Greenland, and the Faroe Islands. The yacht has also visited European ports, especially in France and cruised the Mediterranean and the Caribbean Seas.

A major overhaul was carried out in 1980/81 to extend the life of the yacht beyond around the start of the 21st century. Having now passed that point, the 75-year-old yacht is still in excellent condition, with major improvements including replacement of the yacht’s main engines.

Dannebrog remains in active service as the country’s royal yacht, manned by nine officers, seven warrant officers and 36 seamen from the Danish Navy and used for official visits to neighbouring countries and the many islands that make up Denmark.

Accommodation
Dannebrog offers accommodation for up to 14 guests. She is also capable of carrying up to 52 crew onboard to ensure a relaxed luxury yacht experience.

Exterior Design
The royal yacht Dannebrog was launched by Queen Alexandrine, wife of King Christian X of Denmark, in Copenhagen in 1931, and displays the distinctive retro-styling from the turn of the 19th century which was fashionable among many large motor and sailing yachts created in the early 1930s.

Special Features
The royal apartment in the stern can be converted for the use of patients should the yacht be required in her emergency role as a hospital ship. 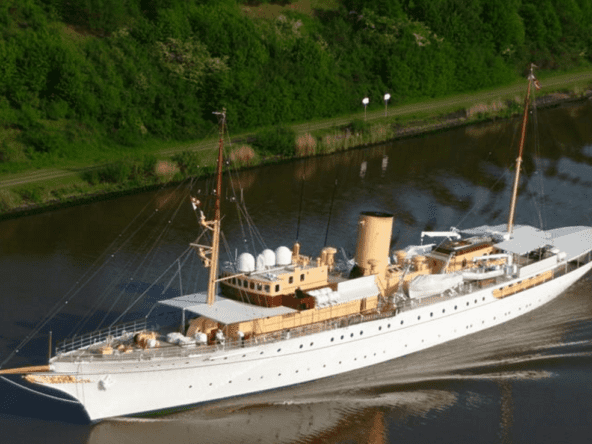