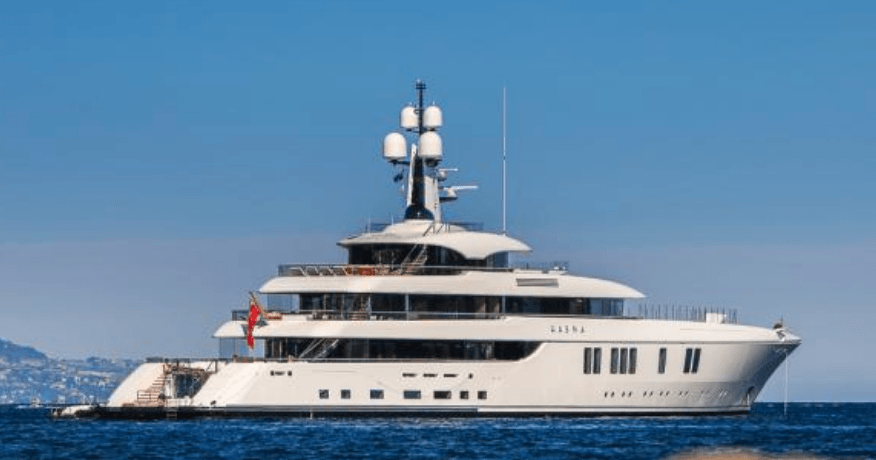 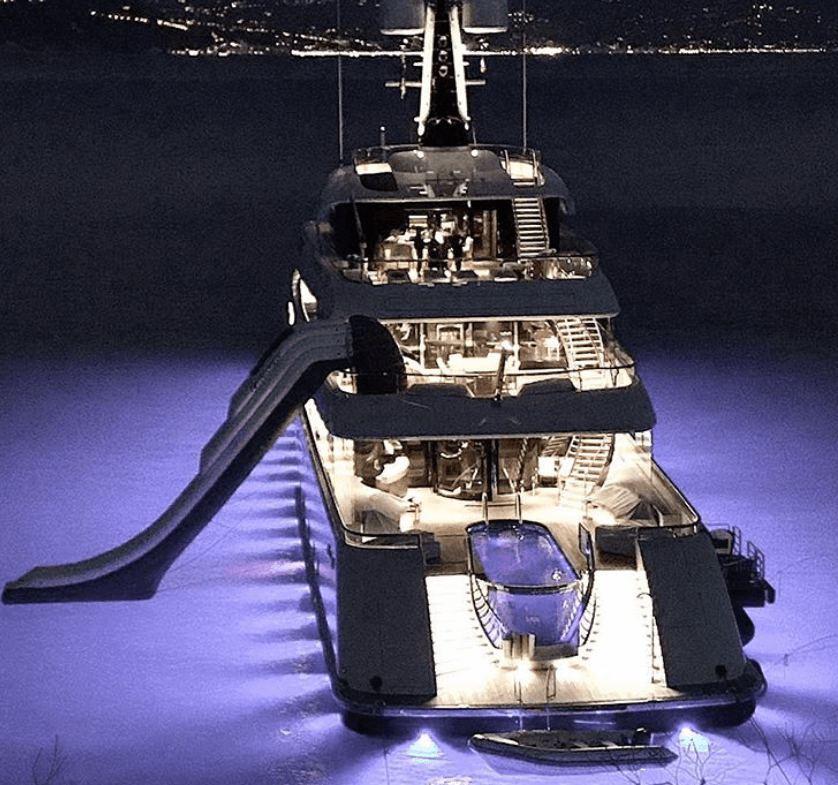 The 73 metre Feadship superyacht Hasna has been launched in the Netherlands for an Australian owner.
Recently reduced from 120m euro to 97.5m euros

Styled inside and out by British studio RWD, this fully custom steel and aluminium displacement yacht boasts an 11.9 metre beam. The atmosphere on board is described as “beach chic” — a feeling that is reinforced by the eight metre superyacht swimming pool on the aft deck.

Hasna is the first Feadship yacht built for an Australian owner
Jan-Bart Verkuyl, director at Feadship, said: “The story of this Feadship very much revolves around the journey of the client and his family. He was the first owner ever to give a speech at the start of the build to the entire workforce, sharing his life story and why this Feadship would be so important to him and his family.”

The layout of Hasna deviates from the standard motor yacht template, with lower deck guest accommodation set aft of the engine room, providing direct access to the superyacht beach club.

Take a closer look at the 73m superyacht Hasna.

The beach club itself is also atypical in that it opens on both sides, but not at the stern. This area includes a dedicated relaxation space and a superyacht gym.

Other key features include a main-deck cinema room, a butler’s cabin and a 25 metre-long superyacht sundeck, complete with central skylounge, which can be sealed off and air-conditioned or opened up to the elements as required.

Hasna features an eight-metre swimming pool on the aft deck

Accommodation is for 12 guests split across six cabins, while the large crew area allows for a staff of up to 21 people. Charlie Baker, project manager at RWD, added: “The brief was to create a timeless exterior profile with lots of subtle details, many of which are inspired by an automotive aesthetic.”

The studio also designed Hasna’s custom tenders, which were built in Australia by Vikal. The limousine tender was styled to match the mothership, with stitched upholstery and subtle lighting, reminiscent of some of the world’s finest luxury sportscars.

Other superyachts currently under development at the Dutch yard include the 110 metre flagship Project 1007, which is due for completion in 2018.

The 239.50ft Custom motor yacht motor yacht ‘Hasna’ was built by Feadship in Netherlands at their Kaag shipyard , she was delivered to her owner in 2017. Redman Whiteley Dixon is responsible for her beautiful exterior and interior design.
ACCOMMODATION
Hasna’s interior configuration has been designed to comfortably accommodate up to 12 guests overnight in 6 cabins, comprising a master suite, 1 VIP stateroom, 2 double cabins and 2 twin cabins. She is also capable of carrying up to 21 crew onboard to ensure a relaxed luxury yacht experience. 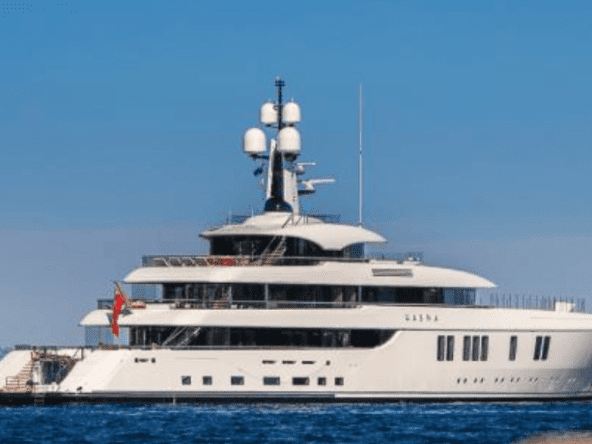 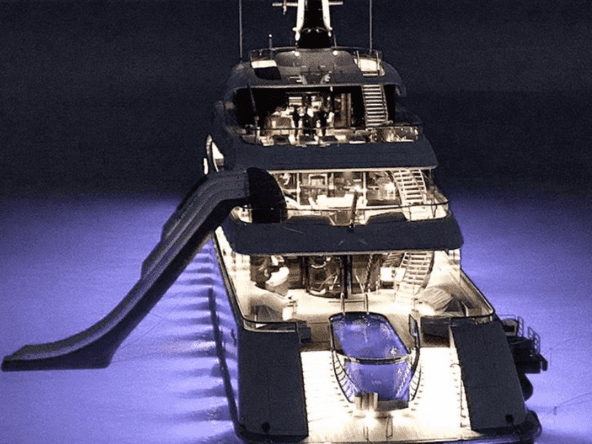 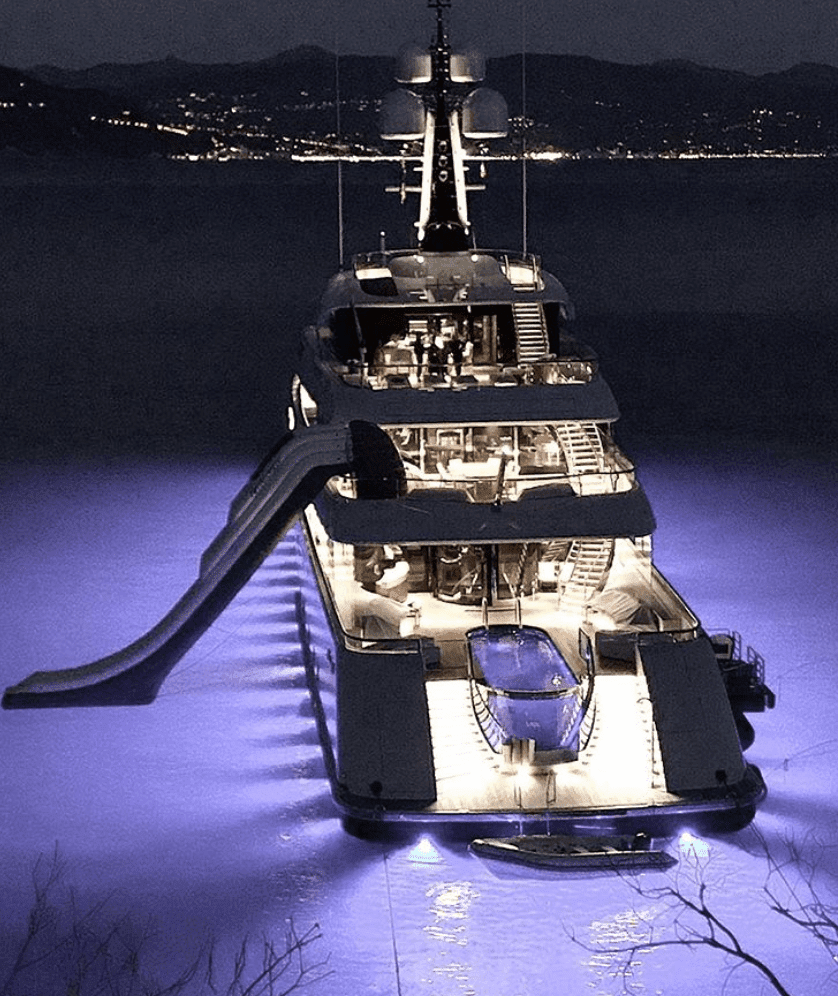