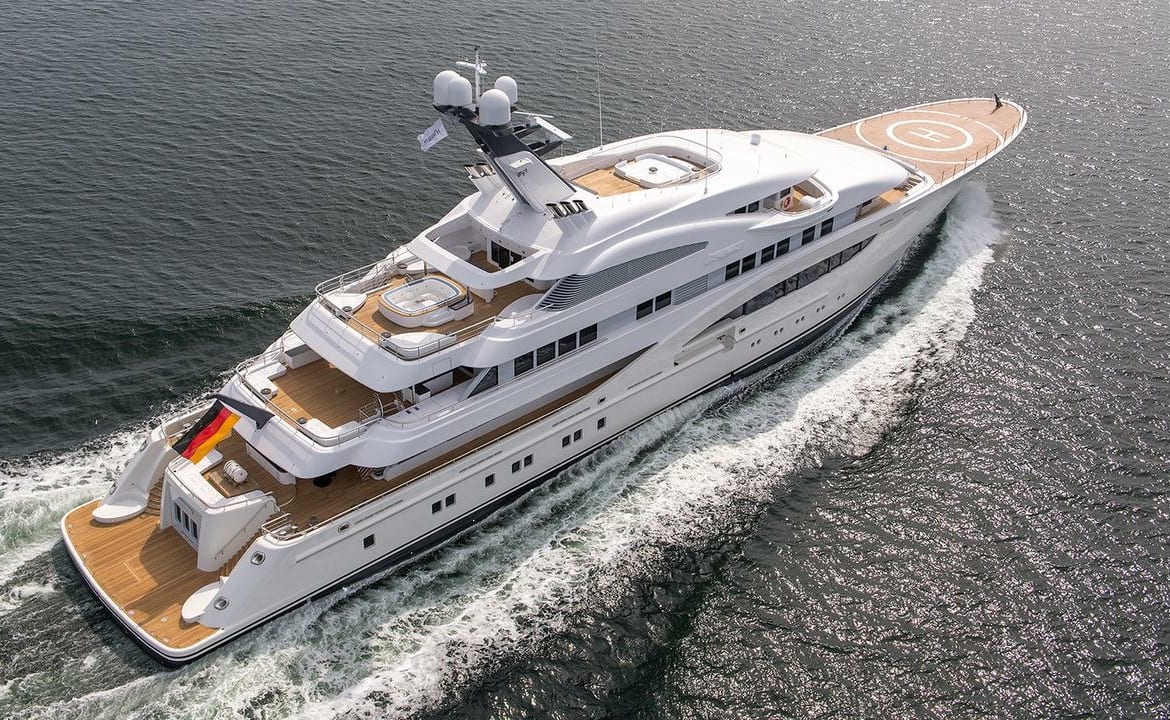 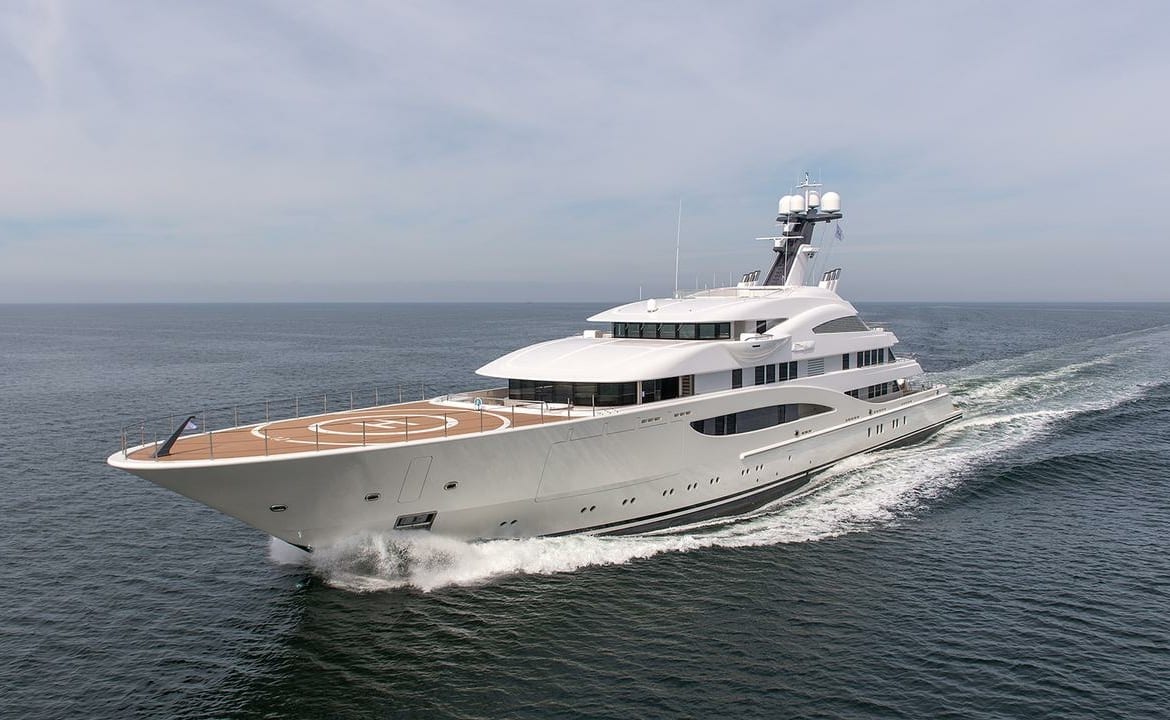 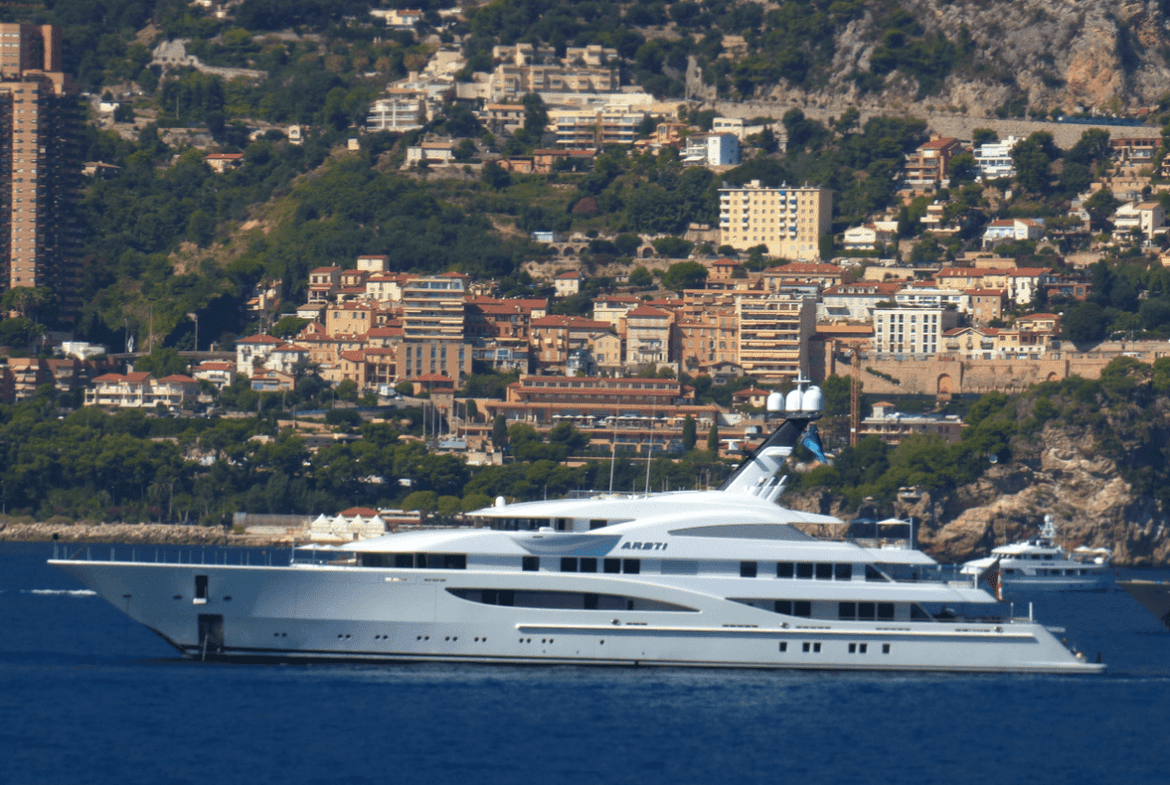 The 85 metre Lürssen superyacht Areti was successfully delivered to her owner earlier this week (July 19 2017), the German yard has confirmed. She will spend her debut season cruising the Mediterranean before attending the 2017 Monaco Yacht Show.

Areti’s steel hull and aluminium superstructure were built to Lloyd’s Registry standards and the whole project is PYC compliant, meaning up to 18 guests can be accommodated in nine cabins. It is understood that she will be flagged in the Cayman Islands and her interior volume totals 2,850GT.

These latest photos showcase her design attributes, with a large, cat-eye shaped section of glazing along the main deck and a curvaceous superstructure. A pair of dramatic superyacht staircases lead down from the aft deck to the large swim platform, and the cutout section in the bow hints at a foredeck tender garage beneath the fully-certified helipad.

In a statement, the yard added: “Project Sasha is a voluminous yacht featuring a large master suite and eight spacious guest cabins. A luxurious spa accommodating a sauna, hammam, jacuzzi pool and full depth plunge pool on the lower aft deck present a relaxed outdoor space with a light and open beach club. Private exterior decks create the perfect retreat for the guests.”

Areti was styled inside and out by Winch Design
Areti ranks among the world’s top 200 largest superyachts, with an LOA of 85 metres, but she is not one of the 10 biggest Lürssen superyachts ever built. Top spot, of course, goes to the world’s largest yacht, the 180 metre Azzam.

Other projects currently under development at the German yard include Project Thunder, which was launched earlier this year with an LOA in excess of 120 metres.

Monaco Yacht Show 2017 all the Super yachts above 50 meters 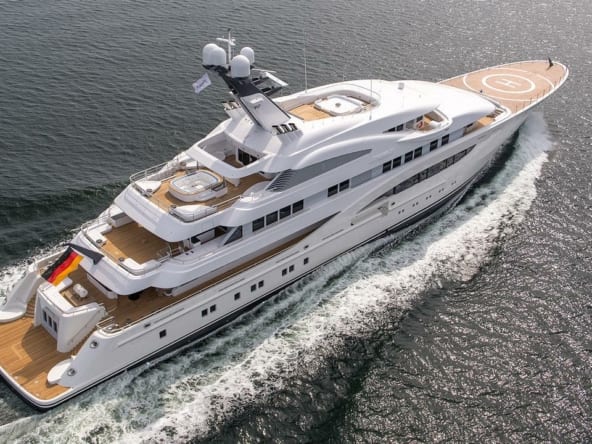 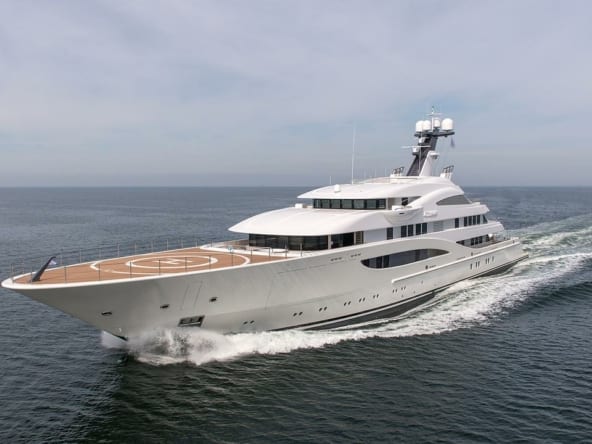 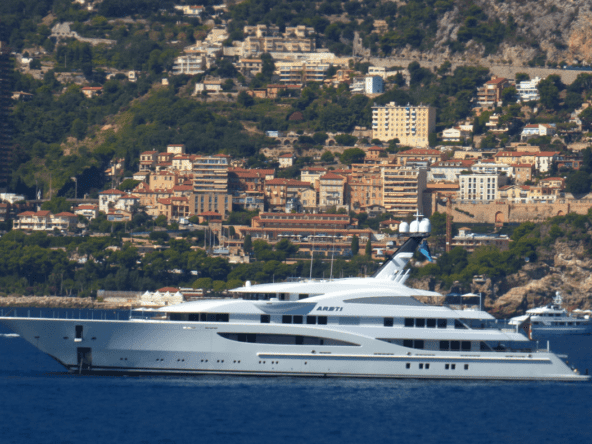 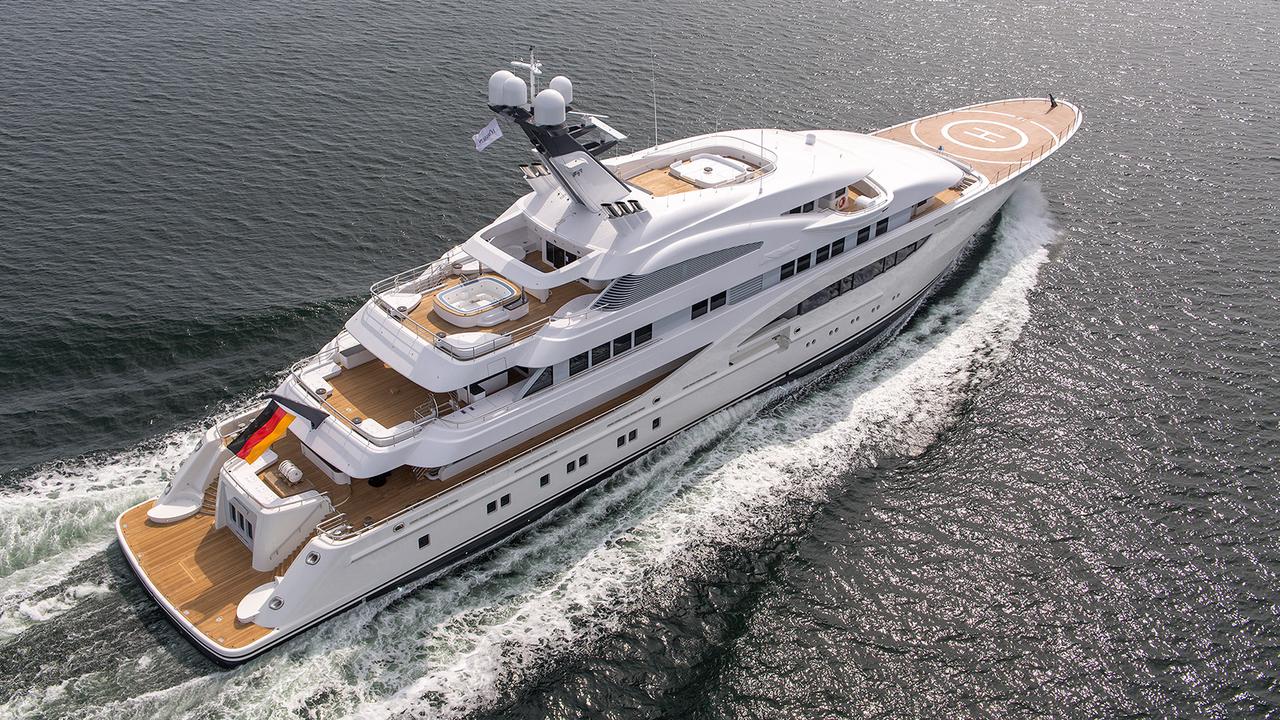 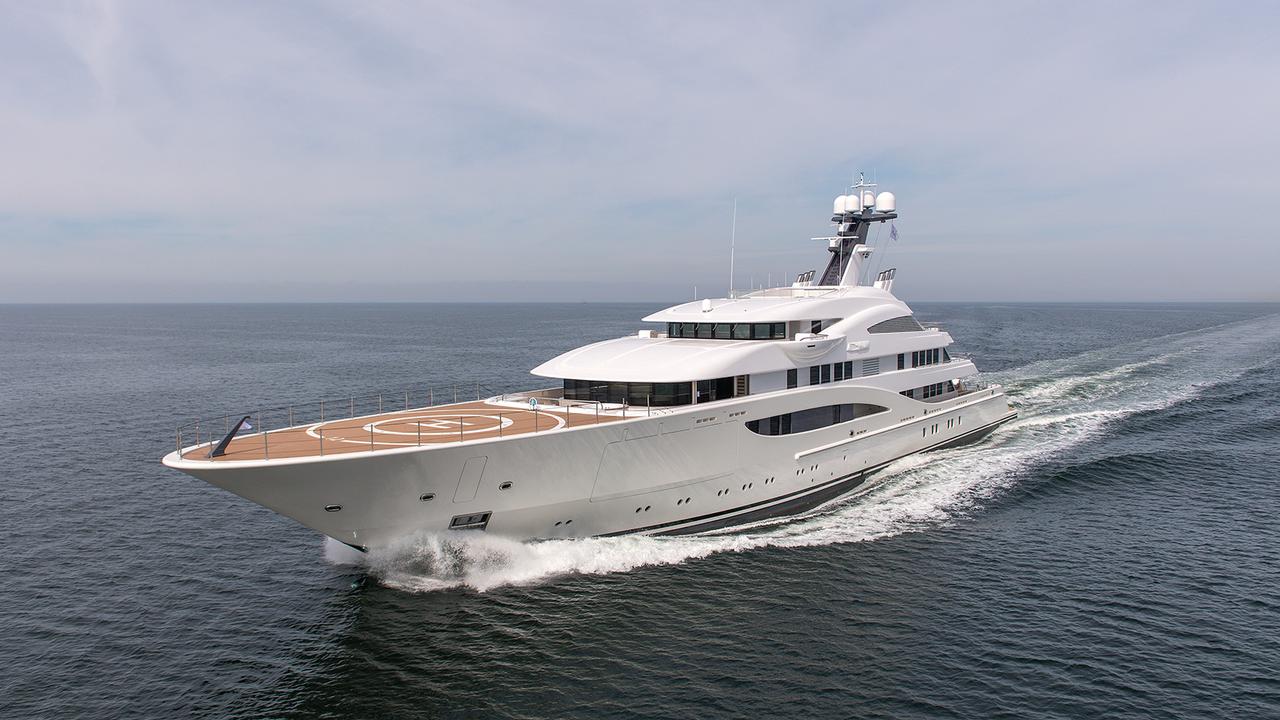 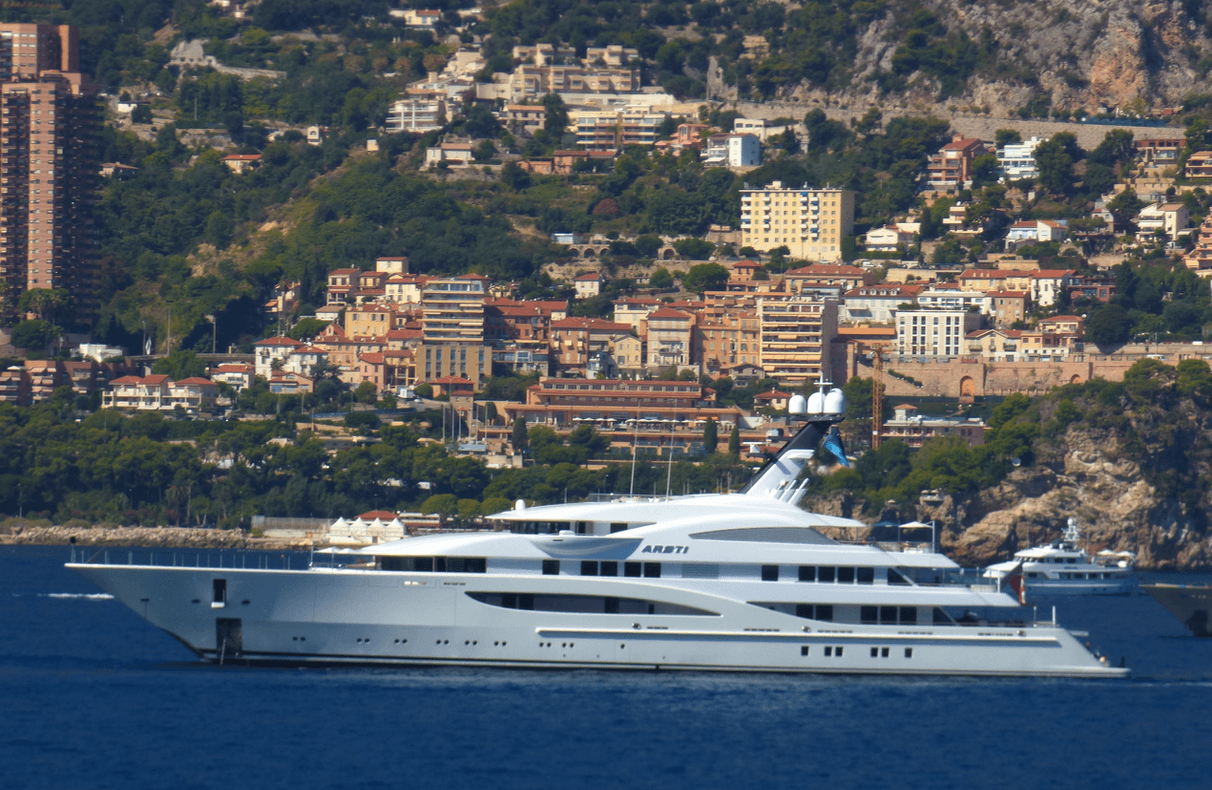