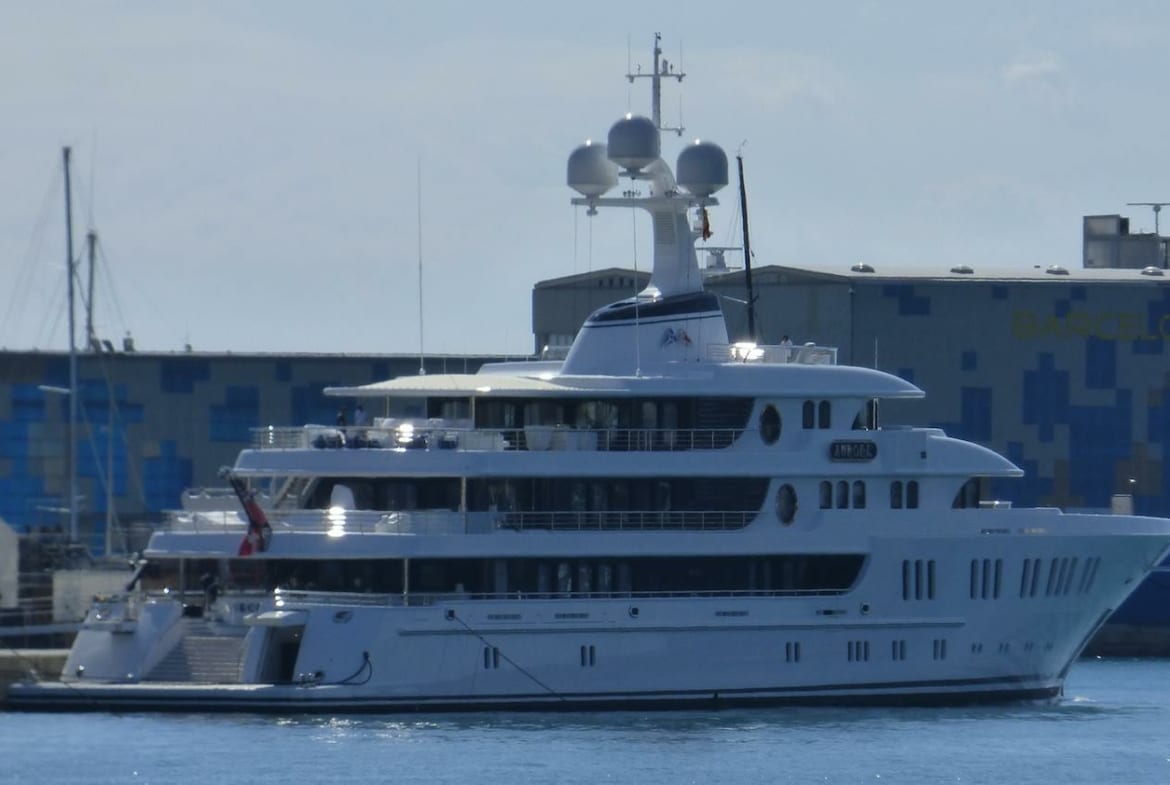 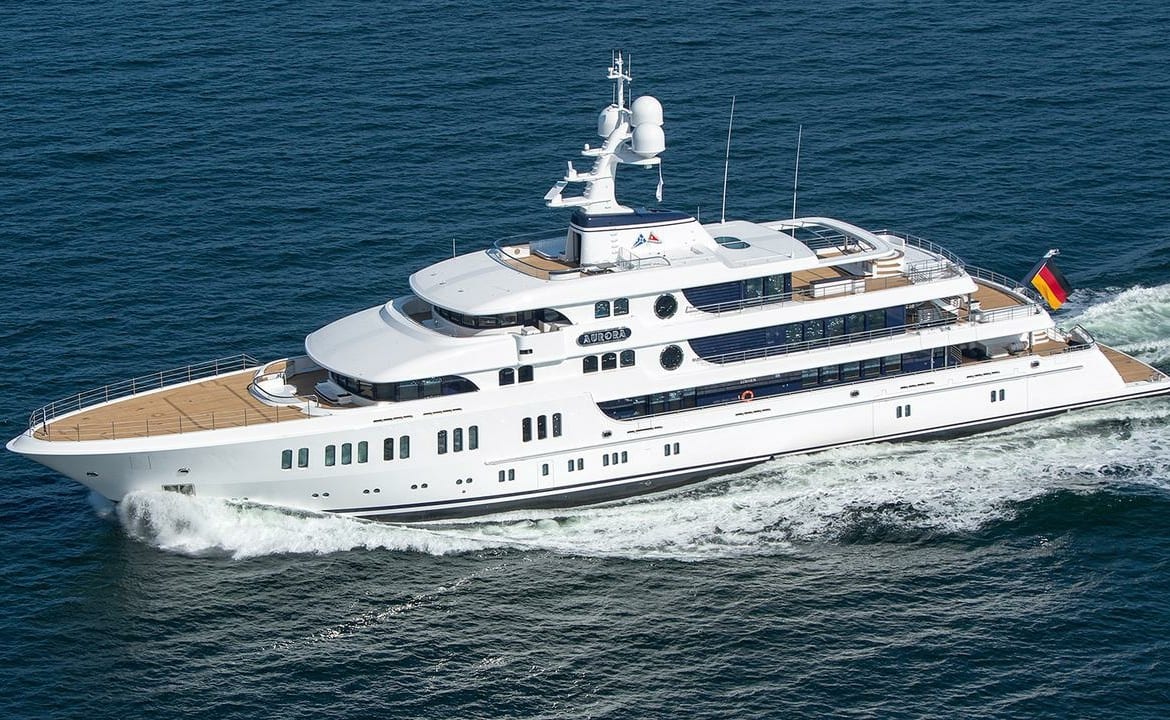 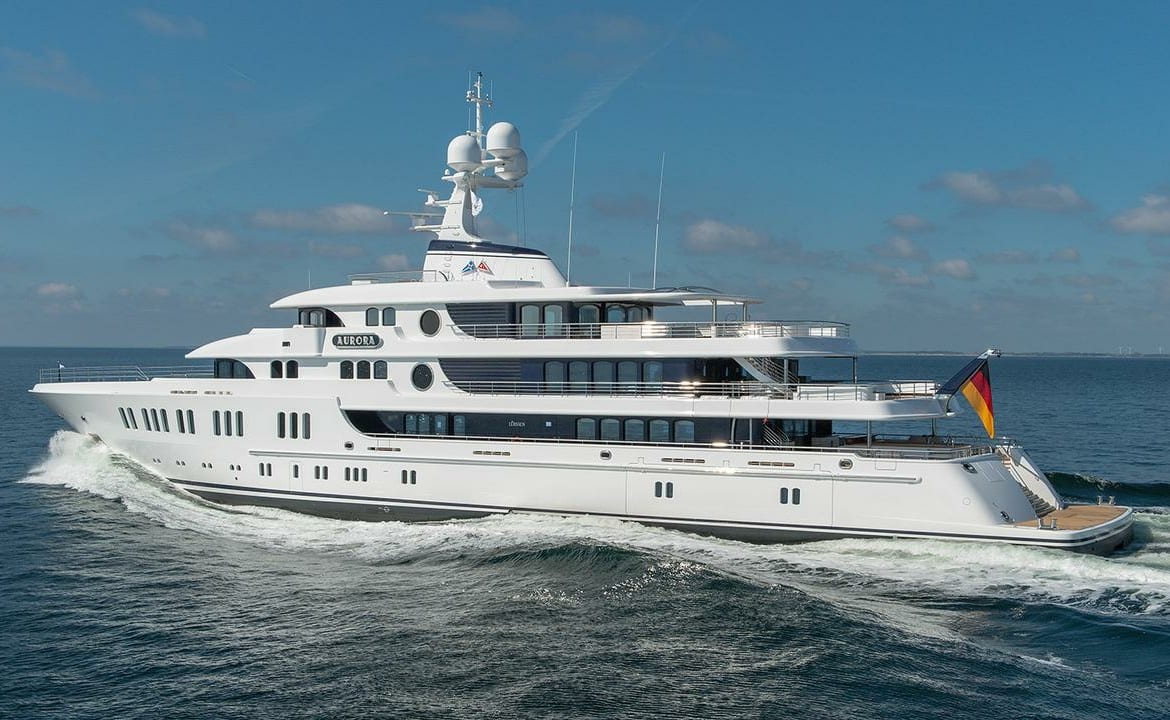 Styled inside and out by British studio Winch Design, Aurora features antique artworks in the master suite and on the bridge deck. As the owner was keen to enjoy the yacht with his family, the layout includes many intimate and personal spaces.

Aurora is the smallest yacht to be launched by Lürssen since 2014 when the yard splashed the 65.99 metre Elysian (ex-Ester III) and yet she still ranks among the world’s top 200 largest superyachts.

Previously known as Project Gatsby, Aurora was sold by Moran Yacht & Ship in 2014, and Sean Moran who project managed the build, explained: “The client wanted a large volume ocean-going yacht that could accommodate all of his family without them feeling on top of each other.

Aurora has been built to Lloyd’s Registry standards with a beam of 13 metres and a larger interior volume than any other yacht in this size bracket. This is in part due to her full-beam skylounge, which Lürssen describes as “one of the most impressive and luxurious areas of the yacht”.

Despite her impressive size, Aurora is the smallest Lürssen launch since 2014
The exterior design is a marked departure from the original Project Gatsby renderings, with an emphasis on curved lines and classic elements such as circular portholes and mahogany detailing.

Aurora features accommodation for up to 16 guests and she is powered by twin MTU 16V 4000 M63 engines that can propel her to a top speed of 18 knots.

Other superyacht projects currently under development at the German yard include the 123 metre Project Jupiter and the 85 metre Areti, both of which are due for completion before the end of the year.
sea trial 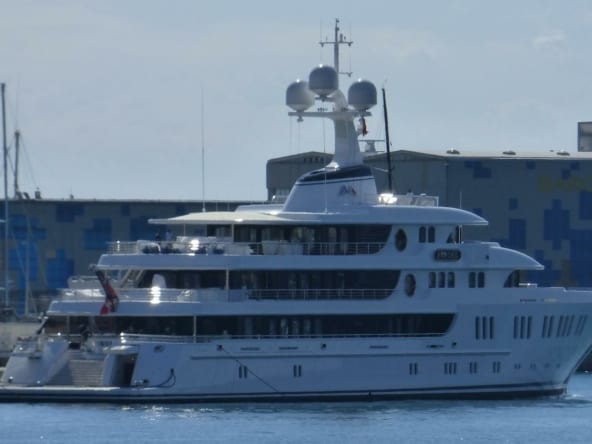 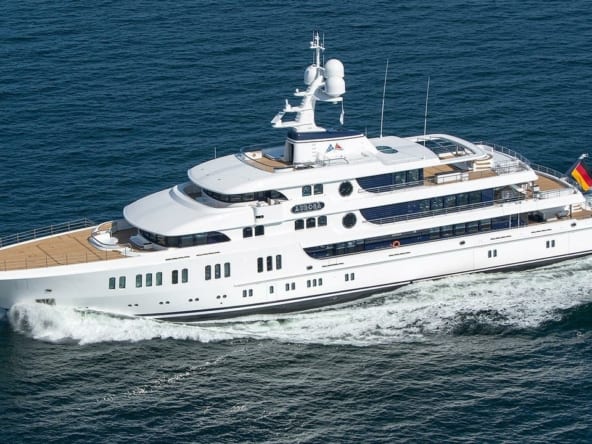 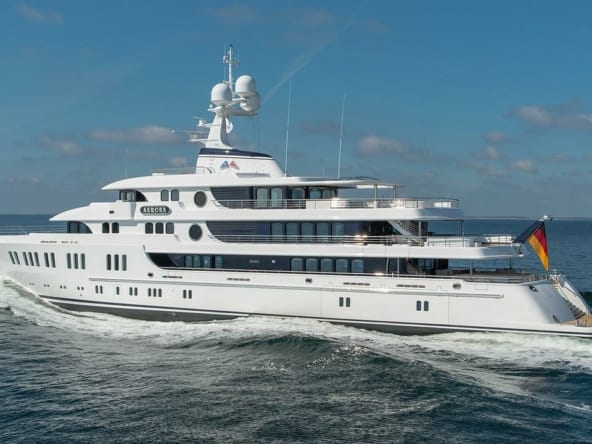 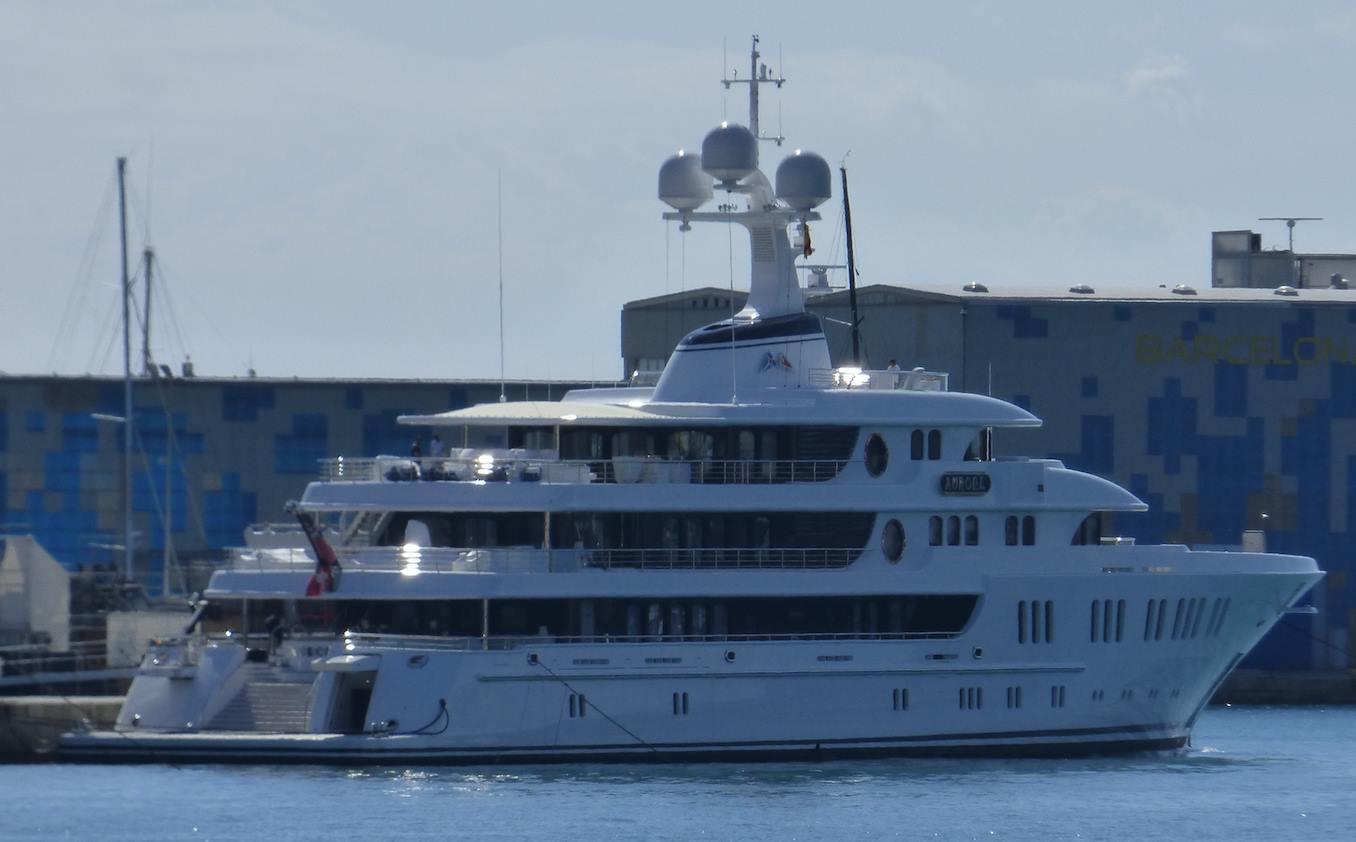 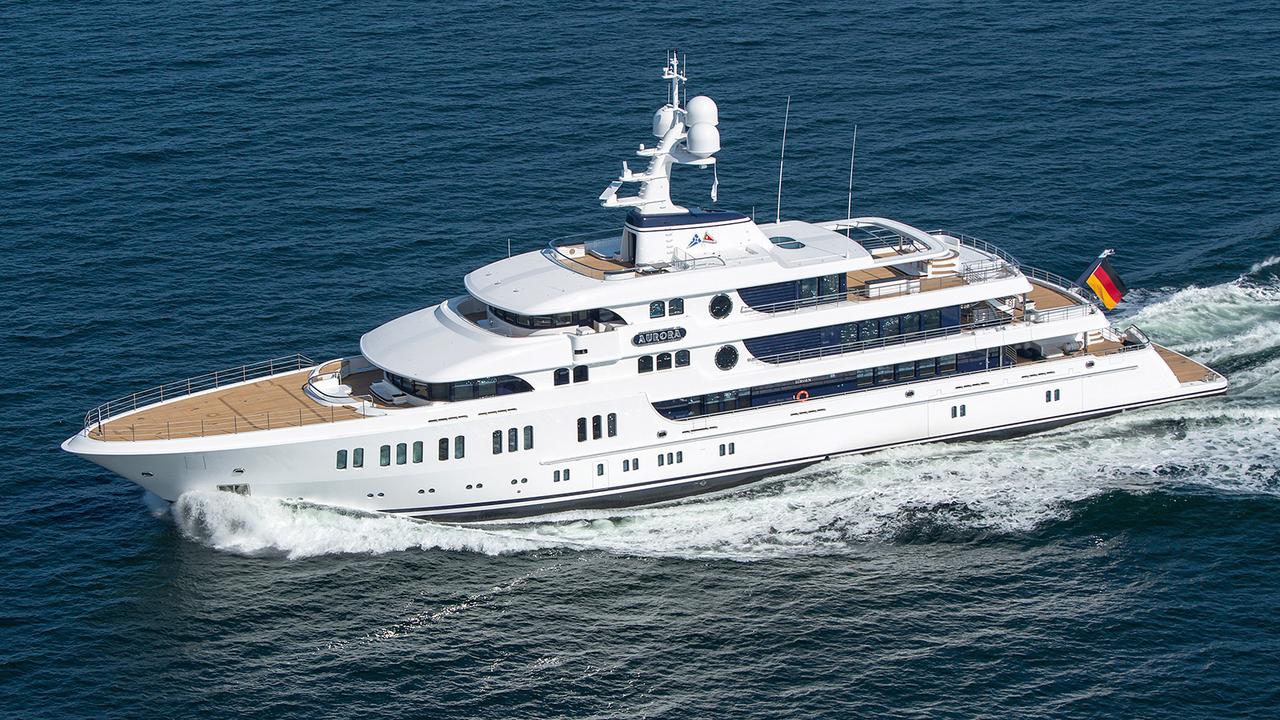 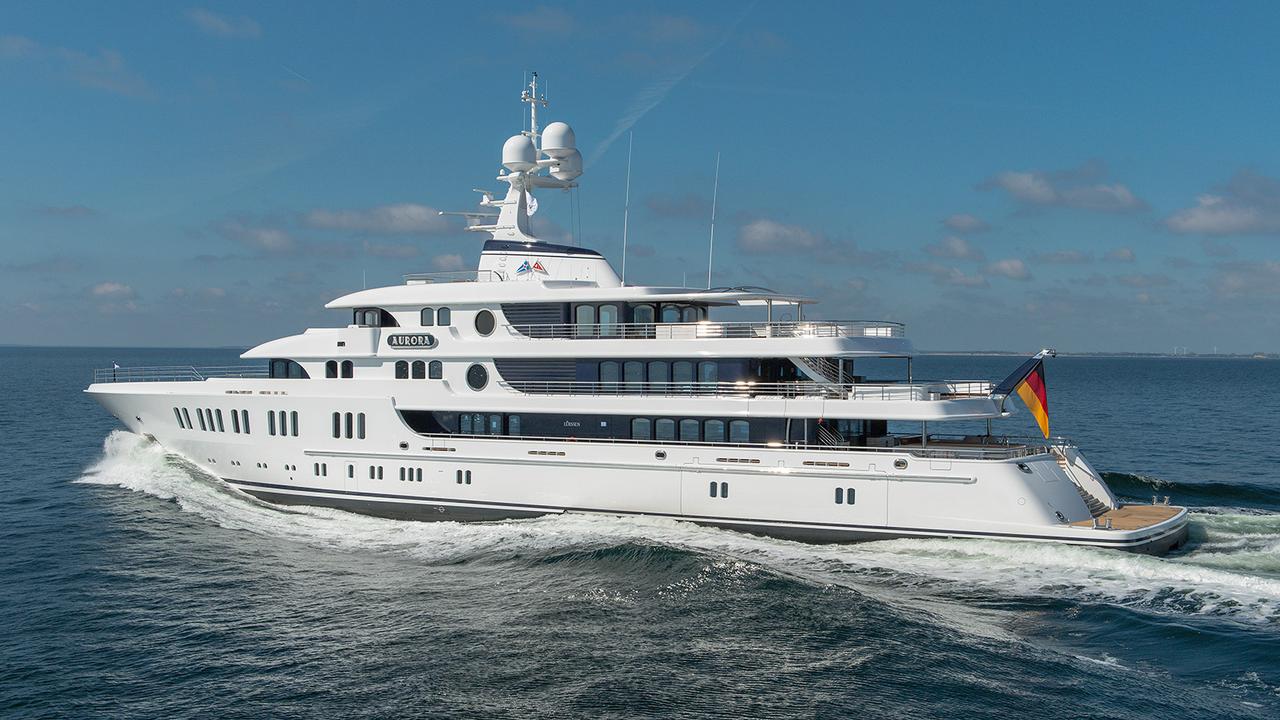